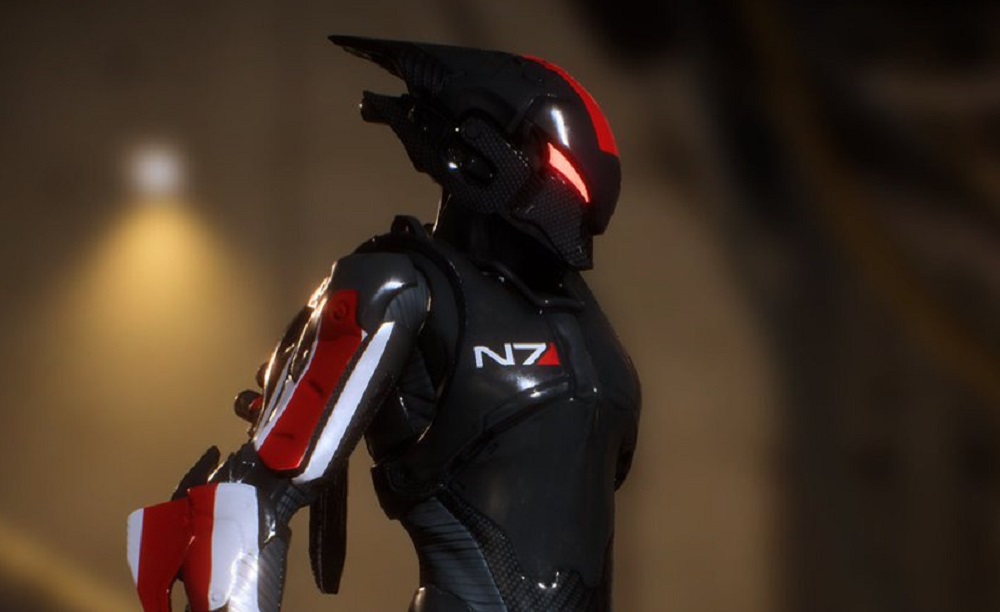 Do you miss The Normandy? Hoo boy, I do. I can’t count the hours I spent running around Mass Effect’s huge vessel, chatting, drinking and singing along with my favourite crew members. It didn’t matter that they were just repeating the same lines about calibrations over and over again, I just liked being among friends.

If you agree, then you might be pleased to here that BioWare’s upcoming space opera Anthem will be tipping the helmet to crews and ships past, with the reveal that N7-inspired battle armour will be made available in the long-awaited RPG shooter. The announcement was made as part of “N7 Day”, which was relatively quiet this year, by all accounts.

You can check out a shot of the sleek and sexy battle gear in the tweet below. While a return to Mass Effect may not be forthcoming anytime soon, its great to see that the memorable RPG series has built a legacy that will continue to be referenced in the immediate future and beyond.

Anthem launches February 22 on PS4, PC and Xbox One.