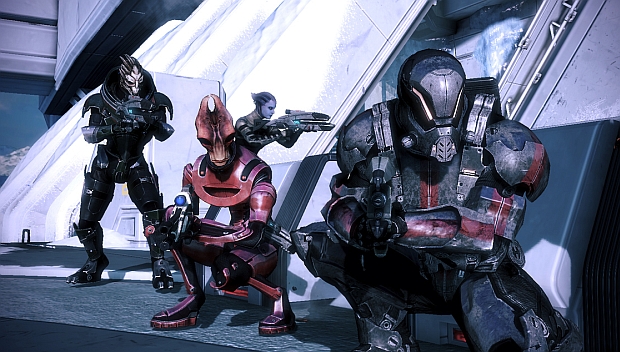 Sorry, PC gamers, but it looks like you’re going to have to stow your gamepads when the time comes to play Mass Effect 3. Having conversations with aliens, as well as gunning them down or crushing them with the power of the Force Biotics will be conducted exclusively via a keyboard and mouse on the PC. Responding to questions, senior designer Manveer Heir said that the team was overstretched, and didn’t have the time or resources to build it into the final product.

While that’s unfortunate, I’m not particularly surprised. None of BioWare’s recent games have supported gamepads on PC, opting instead to adopt more PC-centric interfaces. Personally, I’m down with that. At least they’re making specific accommodations for keyboards and mice (such as the familiar pop-up “action bar” and allowing up to keyboard power-remapping) rather than sloppily porting the whole GUI and saying “Yo, buy a console, losers! And some action figures!”