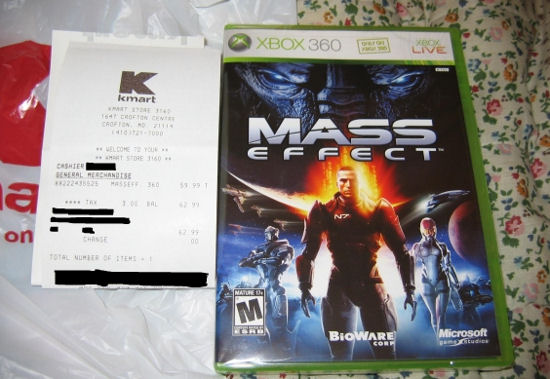 Okay, this is getting just a little bit ridiculous. First BioShock, then Halo 3, and now possibly Mass Effect as well? Just how many high profile Xbox 360 titles are going to slip out early? Reports are coming in of Mass Effect‘s street date being broken ten whole days before its release in K-Mart after one lucky gamer posted his discovery online.

Following that, the ever informative NeoGAF forum has sightings of other fortunate members who got their clammy hands on BioWare’s highly anticipated shooter/RPG. There’s a pretty sweet box shot worth checking out there.

One can but hope that K-Mart stores (and indeed, all stores) across America brace themselves for the early morning slew of phone calls and visits from desperate gamers eager to get themselves a slice of the Mass Effect pie. You better join the rush if you want to get in on the alien lesbian sex at the ground floor.

There’s gold in them thar K-Marts.