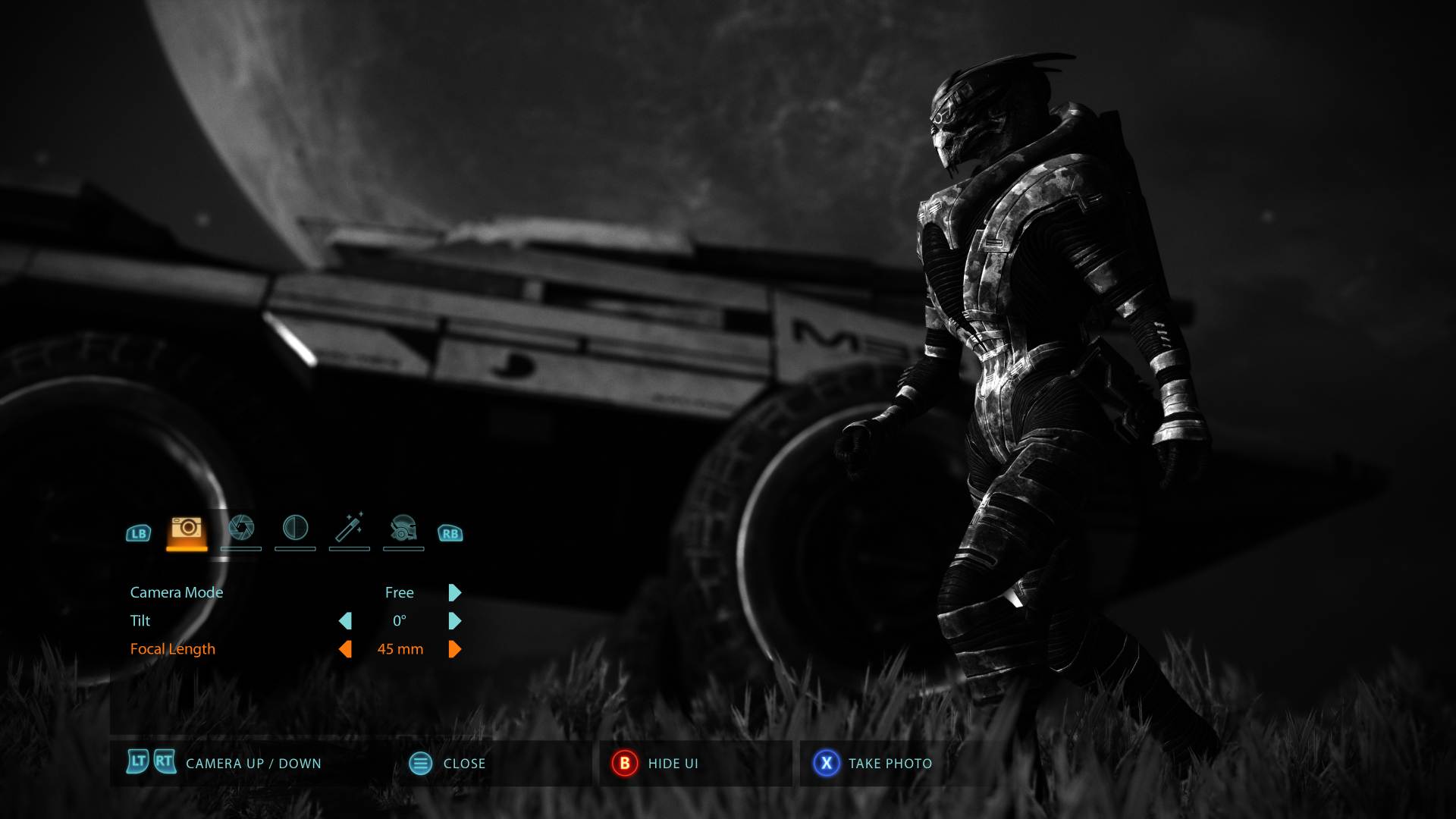 Seeing the Milky Way in a whole new way

Mass Effect is getting a number of tweaks, both in gameplay and graphics, with the Legendary Edition. That’s not the end of the list though, as a tweet from project director Mac Walters confirmed the addition of a photo mode.

On Twitter, Walters posted a screenshot of Mass Effect Legendary Edition‘s photo mode, replete with tabs and options like Focal Length and Tilt. Further details are scarce for now, though technical design director Brenon Holmes confirmed in the replies that this photo mode will work across all three games and is accessible through the mission computer, so it’s available any time you can pause.

We were just calibrating, but #MassEffect Legendary Edition will have a photo mode. https://t.co/QghTqwS4Ah pic.twitter.com/tfNKcgyplu

Tuning the gameplay of Mass Effect and refreshing textures can all help to modernize, but the photo mode has swiftly become one of my most anticipated features. Getting to explore the cosmos and spend that time snapping pics with pals like Garrus, Liara, Tali, and Wrex sounds fantastic. I am absolutely going to try and get a selfie with a Reaper, strike a pose next to a flipped-over Mako, and fill my camera roll with cool pics of the Normandy crew.

Hopefully there are plenty of knobs and dials to turn, too. Seeing the Milky Way in a whole new light is exactly the sort of thing that gets me even more excited to play back through this trilogy again. It won’t be long, either, as Mass Effect Legendary Edition will launch for PC, PlayStation 4, and Xbox One (with forward compatibility for newer consoles) on May 14.