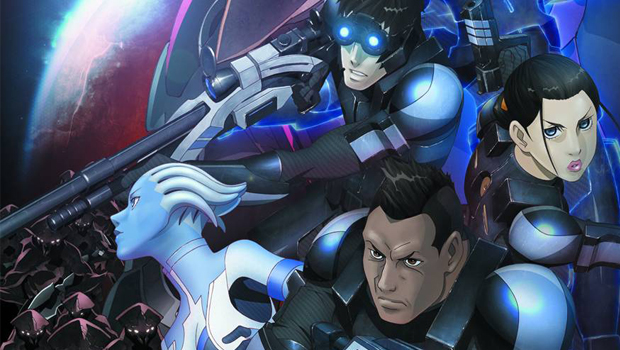 Won’t be making it into your N7 stockings this Christmas

During my Mass Effect 3 experince, Lieutenant James Vega never really caught my attention. It could have been Freddie Prinze Jr’s voice acting, the character’s backstory, or just his design. Dude just gave my FemShep the creeps. I can’t say I was too bummed to hear the anime prequel, Mass Effect: Paragon Lost was going to miss its November 13th launch date.

The Production I.G. feature follows the exploits of big man Vega and his tough guy exploits, prior to the events that transpired in Mass Effect 3. Never really having Vega in my party, I can’t say I know much of his story from the game. I also have to mention, Production I.G. has done some amazing, beautiful anime in the past, but the art work and character design here just don’t sit well with me. Things dont look anime-y or Mass Effect-y enough for my tastes, they’re just sitting right in some neutral middle.

For those of you interested in completing your James Vega backstory, Mass Effect: Paragon Lost will be released by FUNimation on December 28th.