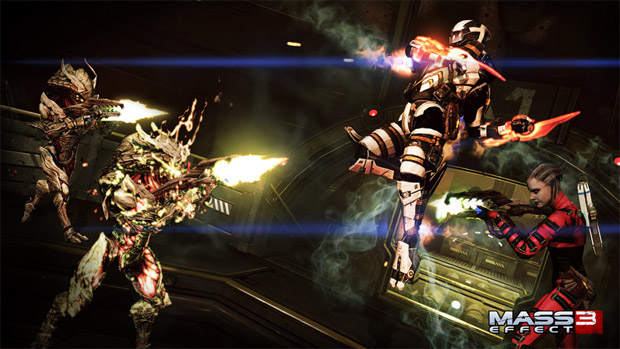 Mass Effect 3: Retaliation looks like another tempting bit of downloadable content intended to keep us playing the multiplayer mode. In addition to bringing the Collectors into battle, this will include a new persistent challenge system which offers unlockable titles and banners for your characters.

Did I mention this stuff is all free to download? When Retaliation launches on October 9 across all platforms in North America, followed by a European release a day later, you’ll be able to play remixed “Hazard” versions of existing multiplayer maps.

The Collector forces include the Praetorian, Scion, Abomination, Trooper, and Captain, and there’s also weaponry — an assault rifle, sub-machine gun, and sniper rifle — as well. Cerberus is picking up the Dragoon, while the Geth will now have new Drones. I really don’t have time to keep playing Mass Effect 3, but I might just have to once this is out.