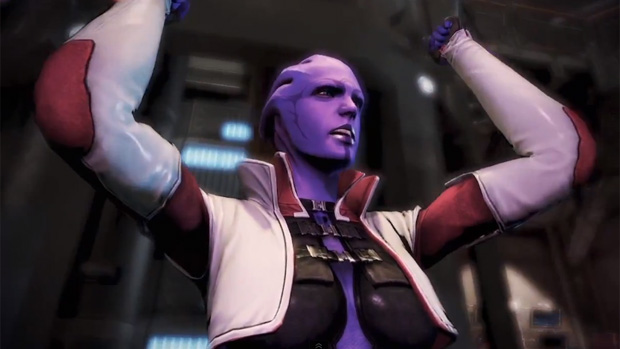 More downloadable content will be arriving for Mass Effect 3 this week in the form of a new single-player adventure, Omega. The rapscallion who once called herself the Pirate Queen of Omega, Aria T’loak, aims to return to the station she called home and take it back from the Cerberus forces which have occupied it.

Aria’s one of my top characters from the Mass Effect series, as I have a soft spot for ruthless women in powerful positions, so this could be a pretty great little addition to the game.