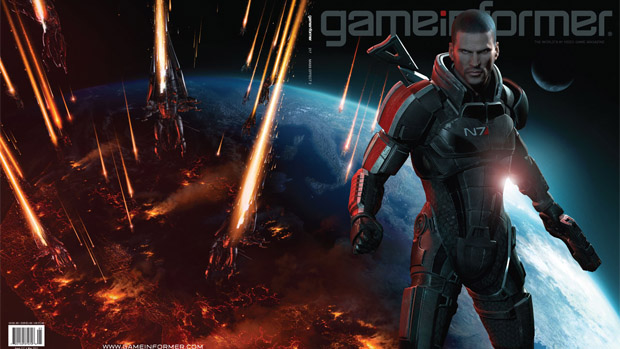 Game Informer will have the scoop on a lot of Mass Effect 3 stuff, which means two things. First, now you’ll have to buy that issue because it’s MASS EFFECT. Second, that makes me sad because I’m not bloody likely to find a Game Informer in a local store here in The Netherlands any time soon.

The magazine’s website is claiming that the May issue will have 12 pages of Mass Effect 3 info, screens, and art, as well as some other stuff about games that are not Mass Effect 3. And like with The Elder Scrolls V: Skyrim, we’ll probably have to wait while they drip feed us information through some exclusivity deal. Which we’ll still all eat up like famished orphan children of course, as this is Mass Effect 3 we’re talking about.

Please, Game Informer, use the new Call of Duty as a future cover story so we can all stop caring about one of your covers for once!