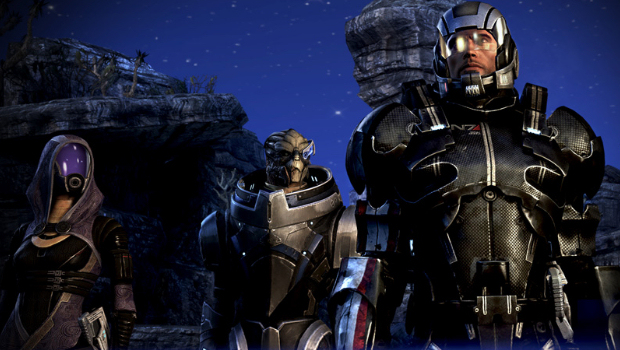 A demo for BioWare’s Mass Effect 3 is going to hit the Xbox 360, PS3 and PC next month. It’ll be bringing a slice of both the single-player and multiplayer modes, and it will also feature voice recognition for those who insist on using the Kinect.

“The extensive demo will allow players to experience the all-out galactic war against an ancient alien race known as the Reapers from multiple fronts, including the mind-blowing opening attack on Earth that kicks off the single-player campaign,” boasts EA. “Players will go deeper into the campaign and also get a taste of the franchise’s new co-operative multiplayer mode as they preview the epic story, adrenaline-pumping action and deep customization options that lie ahead when Mass Effect 3 launches on March 6, 2012.”

The single-player demo arrives February 14. The co-op side of the demo will launch February 17, unless players have activated an online pass for Battlefield 3, in which case they get “early access” on February 14.