Starting off with a bang

The launch of the Mass Effect Legendary Edition has offered us a unique opportunity: to re-examine this trilogy in a new light, and replay these games in one package, to see the through-lines and how they illustrate a shift in a studio and an industry.

They’re also a great reminder of how much Mass Effect‘s big moments still stand out, and the well-known intro to Mass Effect 2 is absolutely one of them.

Taking place not long after the conclusion of the first Mass Effect, Mass Effect 2 starts off with a conversation. Miranda Lawson, an agent of Cerberus, laments that Shepard did everything right, and yet they’re being shipped out to carry out skirmishes against lingering Geth.

The Illusive Man, silhouetted against the massive space-window facing into a sun, chimes in when Miranda mentions what losing Shepard might mean: “Make sure we don’t lose [them].”

We bump over to the Normandy to see the bridge bickering, but it’s not long until the ship comes under fire. Shepard rushes to put out what they can, and once the player has control, they step out into the vacuum of space. They save Joker, but at the cost of their own life; and as the Normandy is reduced to scrap and salvage by an immense cruiser, Shepard writhes in zero-G for a few moments, and then finally, stops.

All three Mass Effect games have standout intros in their own right. The first game drops you right onto Eden Prime, facing a horrific and unknown threat in both the Geth and Sovereign. And Mass Effect 3, obviously, shows the first moments of the Reapers’ invasion. The sheer destruction and feeling of helplessness Shepard feels as they take off is something that haunts them throughout the entire game.

But Mass Effect 2‘s intro feels personal. You know Commander Shepard isn’t really dead. They’re on the box art. But it still hurts to see this; to see the Shepard you made and shaped get blasted into space, succumbing to certain doom. And all around them are pieces of the Normandy, the ship you called home throughout your first adventure, scattered to the vacuum of space. That ship, your ship, is gone.

I wasn’t exactly expecting a Metal Gear Solid 2-level twist, but I have to admit, I was worried for a moment back in 2010. I didn’t know who made it and who perished alongside Shepard that day. And today, 11 years later, that intro still hits hard. Stepping out into that vacuum and watching bits and pieces fly by, seeing the giant nearby planet looming ever-closer to the wreckage, is all hard to forget. 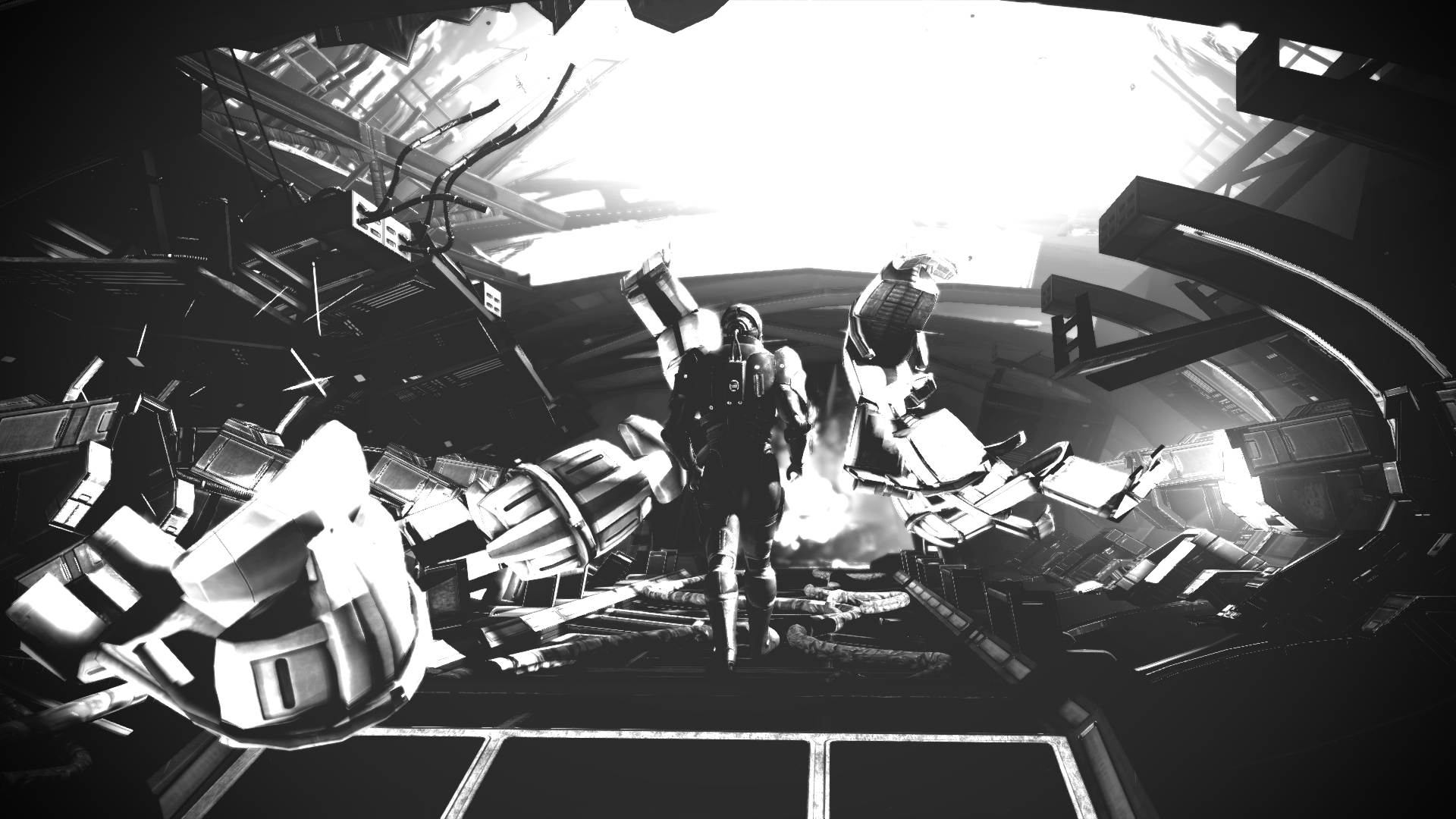 Sending Shepard into orbit and the awaiting arms of Cerberus’ Lazarus Project is one thing, but blasting apart the Normandy still feels like a gut punch. Booting back up into the first Mass Effect, it was heartwarming to be back aboard that old ship. And as Shepard can remark later on in Mass Effect 2, the SR-2 may be an upgraded version, but it’s not the same ship. It can’t be.

Mass Effect 2 sets some personal stakes early; even if you don’t like the Illusive Man or Cerberus, you can’t help but want to track down the ship that shot down the Normandy. And as Shepard awakes from their two-year slumber to find the world moving on, and having to cope with a galaxy that’s moved without them, it’s a heck of a way to start a video game. I’ve been really enjoying this chance to go back and replay these games, appreciating them in a new light thanks to the Legendary Edition. And I’m happy to say that yes, 11 years on, Mass Effect 2‘s intro still hooks me right in.