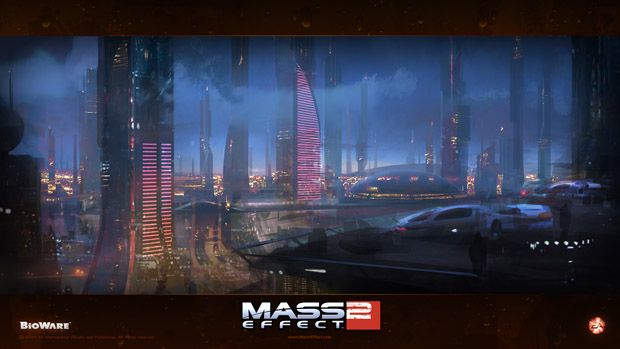 Just announced, this Cerberus Network is Mass Effect 2‘s dedicated pipeline for downloadable content. It’s an in-game portal that will be unlocked by a single-use conde included with the purchased game. Once you’re rigged up, you’ll be able to get news and game DLC from The Cerberus Network. You’ll be getting all of this bonus content and daily updates at no extra charge.

“The Cerberus Network augments and extends the rich universe of Mass Effect 2,” said Dr. Ray Muzyka, co-founder, BioWare and Group General Manager of the RPG/MMO Group of EA. “We’re thrilled to be able to reward loyal BioWare and Mass Effect fans with ongoing, high quality content and provide a direct channel for our players to dive deeper into the intriguing lore of Mass Effect.”

The first DLC pack is coming on January 26th, so be on the lookout for that. Launch day. It will include new items and missions, and will introduce Zaeed, a rugged and deadly gun-for-hire who is recruited to join Commander Shepard’s mission to save mankind. More DLC is scheduled for later, including a hovertank called the Hammerhead, and a new armor named the Cerberus Assault Armor. New weapon M-22 Eviscerator Shotgun is also in the works.

Planning to get a used copy of ME2 later on? Don’t worry, you’ll be able to buy an activation code for The Cerberus Network in-game.