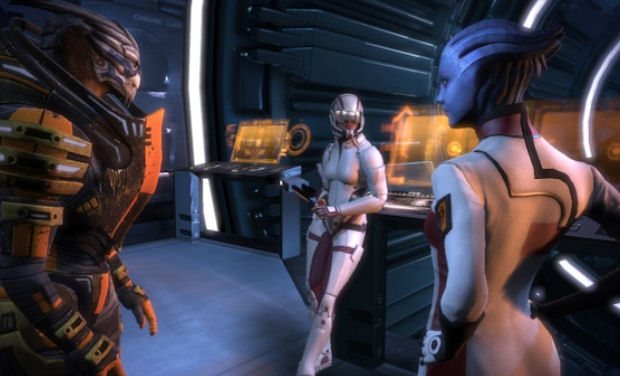 PS3 fans have had to wait for years before finally getting their Sony-branded talons on a Mass Effect game, but according to BioWare, the wait has been more than worth it. Mass Effect 2 on PlayStation 3 will be the “true” version of the game, and uses Mass Effect 3‘s engine.

“Being that the PS3 is coming out over a year later, we wanted to make sure that we added a lot of benefit to the people who waited,” says producer Jesse Houston. “One of the first things you’ve going to see is improved graphics. We actually created the engine for Mass Effect 3 and used that to make Mass Effect 2 PS3. So we took the content, the story and all the other assets that made up Mass Effect 2 and put it into the Mass Effect 3 engine. And that’s what we’re actually delivering.

“This really is the true, best version of Mass Effect that we’ve released to date.”

Sounds like Mass Effect 2 PS3 isn’t just going to be a quick port with a few bonus features, eh? In fact, I wouldn’t be surprised if those who already have it for 360/PC end up getting the PS3 version too. Any of you lot tempted to double down on your Mass Effect 2?