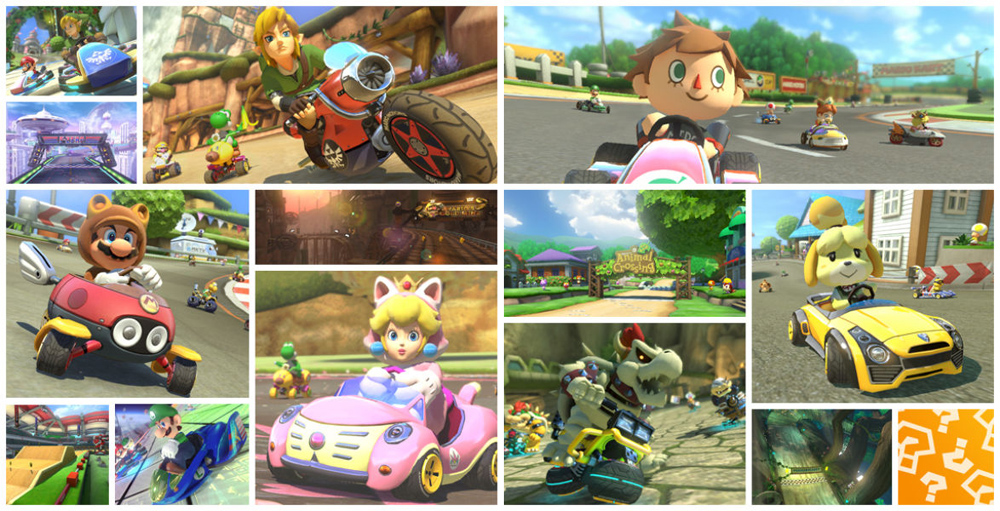 And courses based on non-Mario games

[Update: Nintendo of America has released more details, mainly that both downloadable content packs will cost $7.99 each, or $11.99 if you buy them together. Pre-orders are now open and they grant immediate access to the new Yoshi and Shy Guy colors.]

Whoa! The official Nintendo UK Store website has a listing for upcoming Mario Kart 8 DLC that will add characters and courses from other Nintendo properties, including The Legend of Zelda‘s Link, Animal Crossing‘s Villager, and a kart based on F-Zero‘s Blue Falcon.

It’s about time this happened. I’ll be dying to boot up Mario Kart 8 again come November.