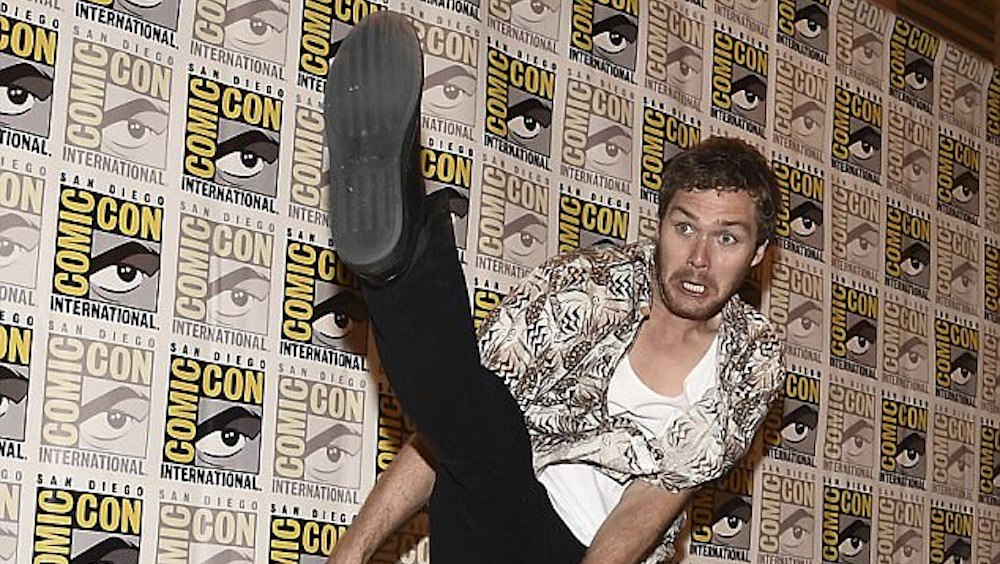 The only thing in this trailer is punching

If you were pining to continue following the chronicles of a childish, rich, white dude who knows some kung fu moves, Netflix and Marvel’s Iron Fist has you covered. A Marvel Television panel at San Diego Comic-Con confirmed that the critically-lambasted show will stream its second season on Sept. 7.

But some changes are afoot: season one showrunner and guy-who-ruined-Dexter Scott Buck is not in charge of this operation, after running the Marvel Television/ABC/IMAX collaboration Inhumans into the fucking ground. Instead, Raven Metzner will act as the ringleader, his previous credits being the Sleepy Hollow television show and the Elektra movie. Yeah, that really bad one. Also, Black Panther stunt coordinator Clayton Barber will lead the show’s stunt team in hopefully repairing the disaster that was the first season’s action.

Simone Missick will reprise her Luke Cage role, Misty Knight, presumably to team up with Colleen Wing more. Finally, Alice Eve is joining the cast, playing a comic book villain Typhoid Mary. You can check out the intensely underwhelming trailer above, which reveals nothing except that Danny Rand will fight some people.

Filed under... #Film or TV#Flixist#Marvel#Netflix#Television