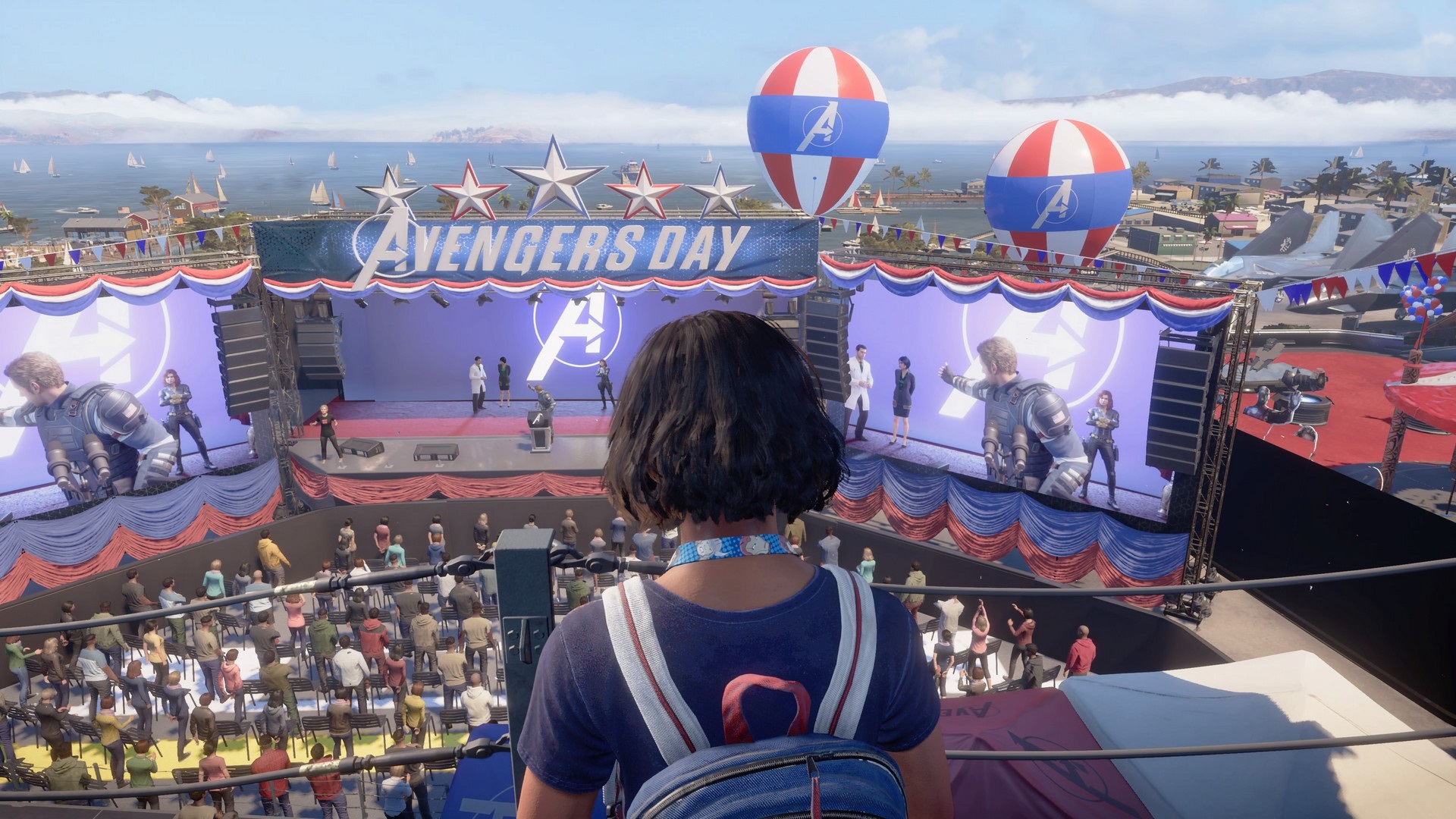 Out for Digital Deluxe owners, September 4 for everyone else

Marvel’s Avengers has been a roller coaster of a game from the announcement all the way up until its launch today: so long as you’re a Digital Deluxe owner.

We first heard it existed back in 2017, but when Square Enix showed it off at E3 2019, people couldn’t believe that it was nearly finished. It didn’t look finished, that’s for sure! The publisher seemingly agreed, and pushed it back further a few months, citing the need to polish it more.

It probably could have used a bit more time, but with Marvel breathing down their neck, it’s possible they got as much as they were allotted. Today, we get what we get. And there’s plenty of fun to dig around for in this oddity of a game.

I’m going to give you the short version now before I fully form my thoughts for the lengthier review: I dig the multiplayer insanity, I do not dig the half-baked story bits.

The game is loosely designed like Destiny, right down to the “Director-esque” War Table mission selection screen, the randomized loot, and the focus on a light campaign with dungeon-like matchmaking and sandboxy levels. When I have to deal with the narrative by myself, it’s usually with a character I’m not really vibing with and am forced into; coupled with a boring story that takes itself way too seriously most of the time.

When I come across a free-form mission as my favorite Avenger and start ripping robots apart with a full team of people online, my face turns from a grimace to a smile. That’s basically where I’m at with this game after playing some of the live version and the beta prior, having to work through the chaff to get to the good stuff. That’s a ringing endorsement for a game with multiple premium editions and lots of cosmetics, but the clunk of the linear story missions just doesn’t really come together as well as when the game is letting you run wild. It’s that simple.

I need to play more before I make a final judgment. But right now, Marvel’s Avengers seems like a shoo-in for a future games-as-a-service “bringing up your grades” award. It’s rough now, but after some free characters arrive in the mix alongside some quality of life updates and some performance patches, it could be a nice way to spend a weekend with some friends.

Stay tuned for our full review.

[These impressions are based on a retail build of the game provided by the publisher, as well as time with the latest beta period.]