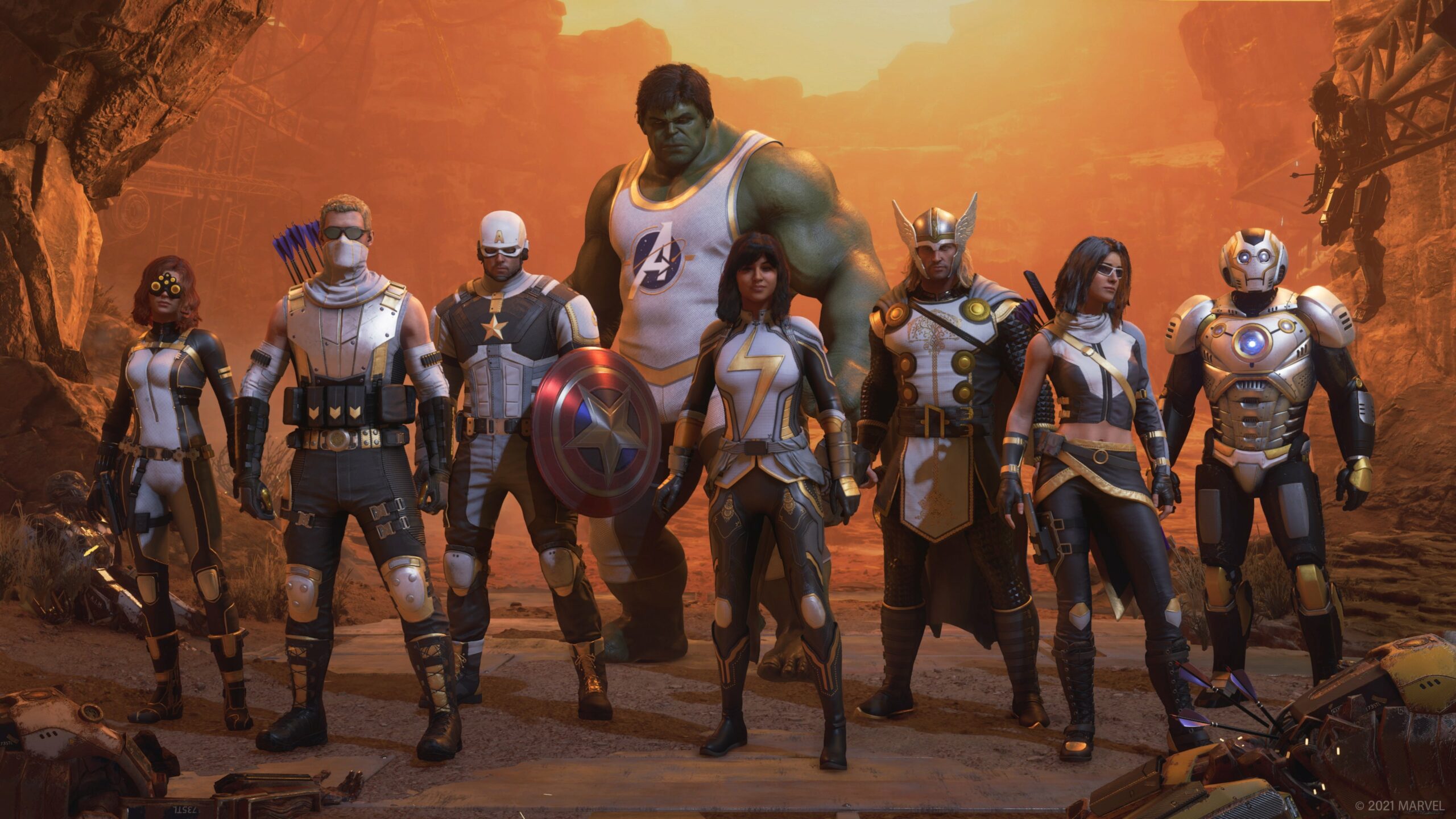 Marvel’s Avengers is doing it again. Although this new weekly War Table update has some tweaks, and the game just launched a second Hawkeye, the marketplace is the big focus this time. Such is the life of a live service game.

The skins in question this time around are the “Aerospace outfits,” which come in a set for the entire team, including the new Hawkeyes. “Subsequent weeks” will swap new outfits in and out, so in addition to spending real cash on them, (900 premium currency, which is roughly $9), you’ll also have the FOMO of getting matching costumes as a group.

This week, Captain America and Iron Man are up. Starting strong! Our community said that those two were in the top three most-used characters in our poll near launch. Who knows how many people still play, of course. If you want, you can also grab a Black Widow BW046 nameplate for free as promotion for the upcoming MCU film.

Marvel’s Avengers is in such a weird spot. It wasn’t the best-received game at launch, much less after a number of improvements. It’s a learning experience for big publishers. Maybe coming out of the gate super strong with mobile service provider tie-ins and a huge push for live service isn’t always beneficial when it alienates the people you want to monetize.

Still, there’s plenty of life left in this game, and I’m curious to see where it goes. Black Panther and Spider-Man are up later this year, among others.