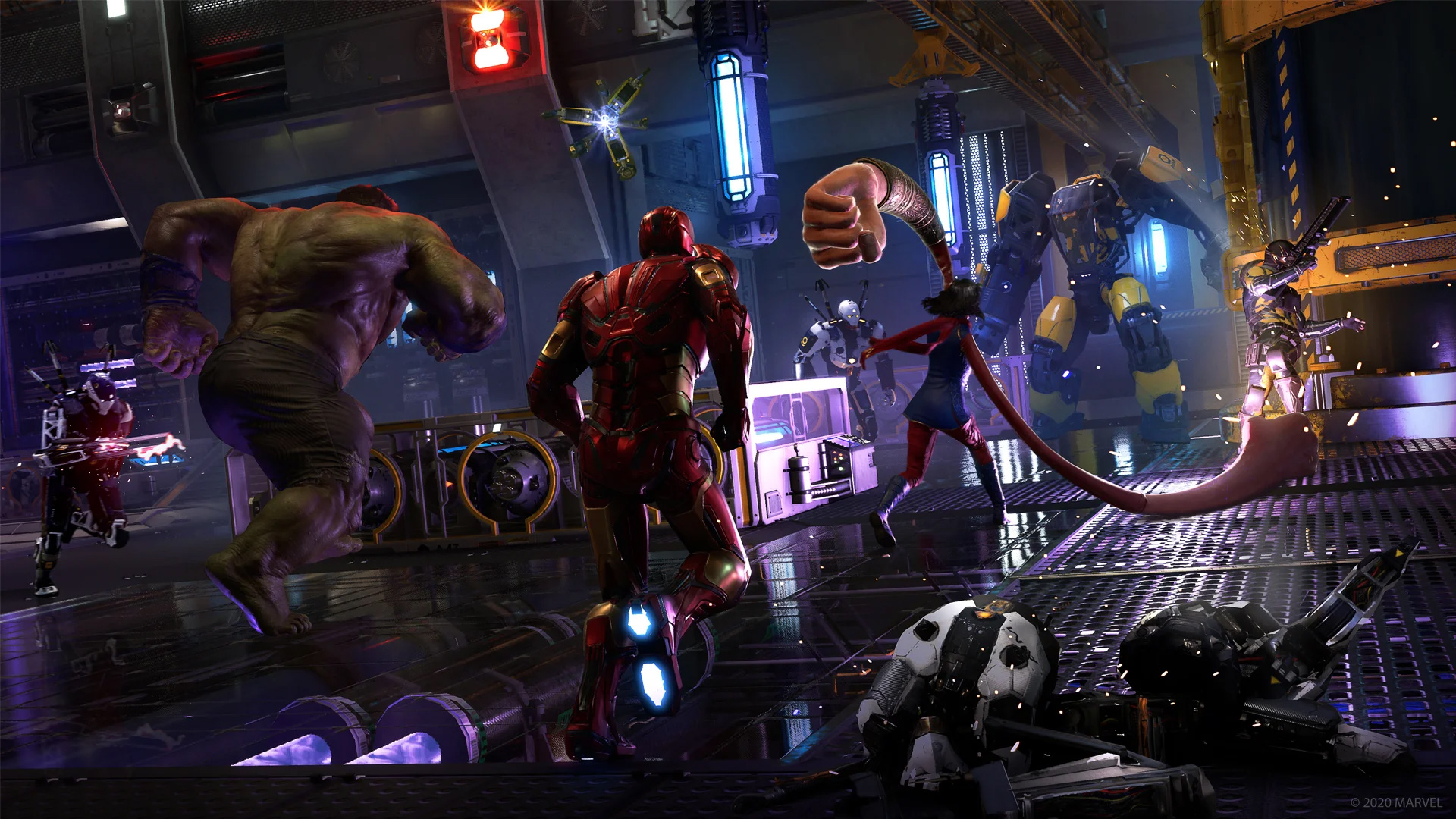 There’s one month to go until Marvel’s Avengers launches and we’re already so tired.

The PlayStation versions of Marvel’s Avengers (it’s also coming to PS5) will get “30-day exclusive access to a Legendary Outfit, Legendary Emote, Epic Takedown, and nameplate for each Super Hero as they are released,” including characters like Hawkeye, the first post-launch arrival, and the day-one cast.

That’s far from it. “Certain” Community Challenges – shared goals with shared rewards – will be exclusive to PlayStation. As for PlayStation Plus rewards (you knew that was next), there’s a few.

“For each Super Hero added to the game post-launch, Hawkeye included, all PS Plus members will receive a free bundle that contains a Rare Outfit, nameplate, and 100 Credits to celebrate the addition of another Avenger to the roster,” said Crystal Dynamics. A Ms. Marvel bundle is up first at launch.

There’s also early beta access on PS4 this month, but we already knew about that. This fuckin’ game…