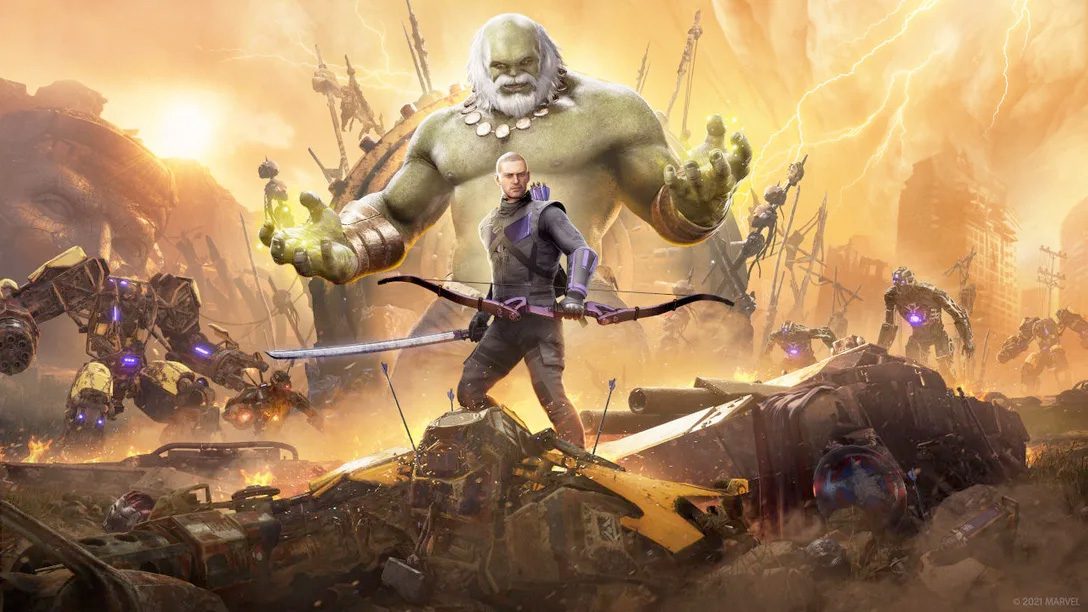 At long last, we have a date (March 18) for the PlayStation 5 and Xbox Series X versions of Marvel’s Avengers – but is it too little too late? Square Enix and Crystal Dynamics are surely hoping for a big boost after a rocky and slower-than-expected rollout of updates and new content post-launch.

The PS5 and Xbox Series X versions of Avengers will have “upgraded visuals and framerate,” “significantly faster load times,” “improved destruction,” and, in the case of the PS5’s DualSense controller, “haptic feedback for each hero.” What does the Hulk feel like? Inquiring minds want to know.

Of course, there’s still the elephant in the room: the need for fresh story content to bring players back into the fold. Avengers is also rolling out the next story and character update, Clint Barton’s Future Imperfect, on March 18. Is it strange to have two archers back-to-back in an Avengers game? Incredibly.

Crystal Dynamics covered Clint’s kit – including a Quick Reflex dodge/parry, a single-target Dead Eye attack, a katana, and loads of arrow types like Boomerang and Tripwire arrows – in a deep dive video.

“Whereas Kate blinks around the battlefield as a blur of never-ending strikes to multiple foes, Clint is the steadfast hunter, taking down his foes with powerful, precise hits one at a time,” said the studio.

As for the (free) Future Imperfect storyline, it’s borrowing from Old Man Hawkeye and My Life as a Weapon; Nick Fury is MIA. You’ve probably seen Maestro by now, but it’s worth clarifying that Clint’s mission is set on a new biome, Wasteland – and that Lucky the dog is going to show up.

I can see people wanting to play the single-player Avengers story on the new consoles thanks to the performance gains, but as far as giving the live-service elements a shot in the arm? I’m not optimistic.

The sooner they can get this update out the door, the sooner we can see big-hitters like Spider-Man.