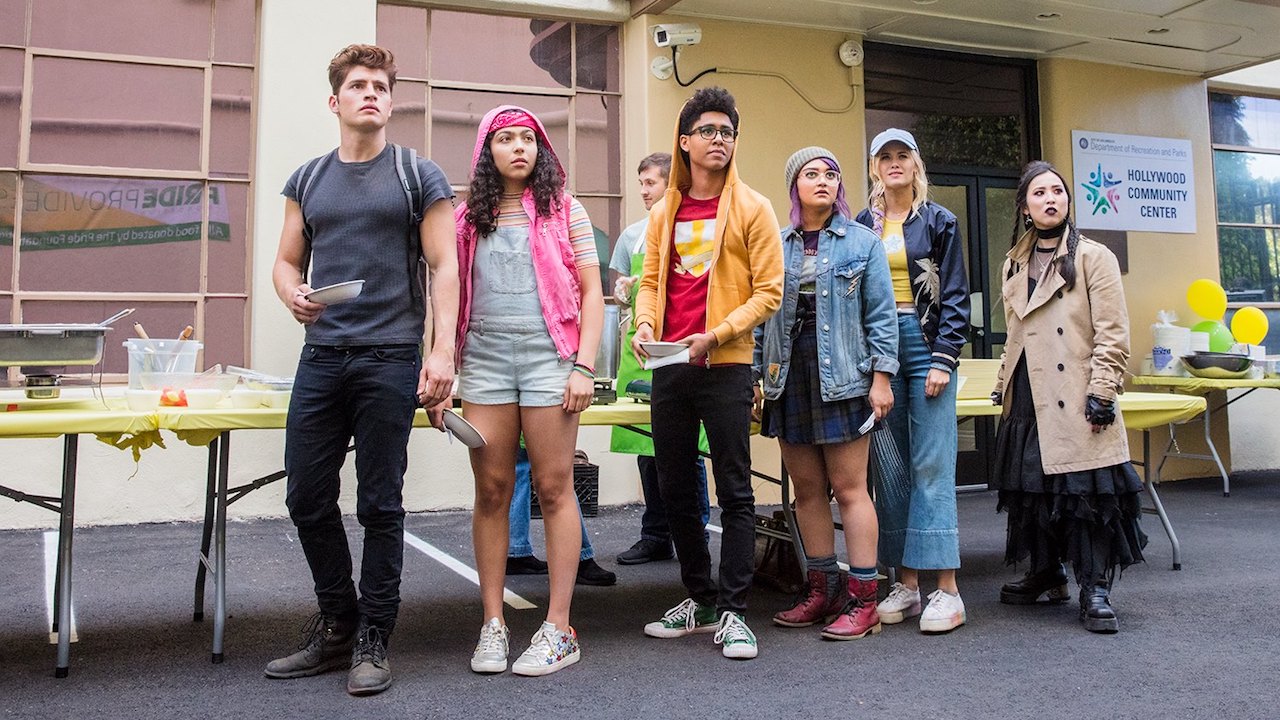 This teaser was gayer than all of the MCU movies combined

The first season of Marvel’s Runaways ended on a significant note, as the main characters of the Hulu series, uh, actually ran away. This teen-focused show in the mold of Riverdale is returning for a second season, with the titular Runaways on the run from their parents after discovering their nefarious criminal activities.

Now that these superpowered characters are more of a cohesive unit, the show can focus now on the group trying to uncover more secrets, all while dealing with their own personal dramas. “We are not superheroes,” they declare, but they continue to refine and hone their abilities. As one can expect from the genre, there will be plenty of angsty romantic subplots in between, including the budding relationship of Nico and Karolina, probably the first significant queer pairing in the Marvel Cinematic Universe.

For the unfamiliar, the cast includes Lyrica Okano as Nico Minoru, a goth girl who has a magical staff, Virginia Gardner as Karolina Dean, who has the ability of glowing and shooting beams of light (not to mention her parents are basically Scientologists), Ariela Barer as Gert Yorkes, a feminist whose superpower is owning a goddamn raptor, Gregg Sulkin as Chase Stein, a jock who wields gadgets and weapons of his own creation, and Allegra Acosta as Molly Hernandez, a child with superstrength. They are all led by Rhenzy Feliz as Alex Wilder, a smart dude who doesn’t have abilities but tries really hard. He had a gun at one point if that counts as a superpower.

Adapted from Marvel comics, this show was developed by Josh Schwartz and Stephanie Savage, who collaborated on The OC and Gossip Girl. As I myself couldn’t give a darn about either of those shows but is a huge fan of the MCU, I found the first season of this show fun to watch with a friend of mine who dislikes Marvel yet loves those very teen dramas. Truly, it was the most ambitious crossover in history.

All 13 episodes of Marvel’s Runaways season 2 will stream on Hulu on December 21.