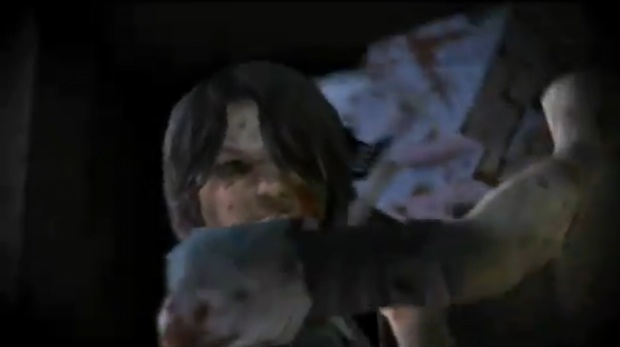 Famitsu.com let out some details of Marvelous Entertainment’s Ikenie no Yoru or Night of the Sacrifice. Great name. Also great debut trailer. It’s a winner with the beat-timed steps and the atmosphere. Then a text. Then the freakin’ rad music starts. Then the paper cut out people and chainsaws come up. And I’m nodding. Yes. Yes yes. Yes.

A friend was over when I first saw this. I asked him why the face with the holed out eyes and mouth always gets me. He said something about unsettling absence. Whatever it is, that sh*t works. This whole thing is working for me. The end is definitely working for me.

We don’t know a lot about the game yet. It’s a horror game for the Wii. It comes with charms as a preorder bonus. A hot idol, Saya Hikita, is promoting it. The Wii Balance board is supported. Wait, what? There’s no indication on how this game uses the Wii Balance board, but it is supported, says Famitsu. Jonathan Holmes was just saying something about that.