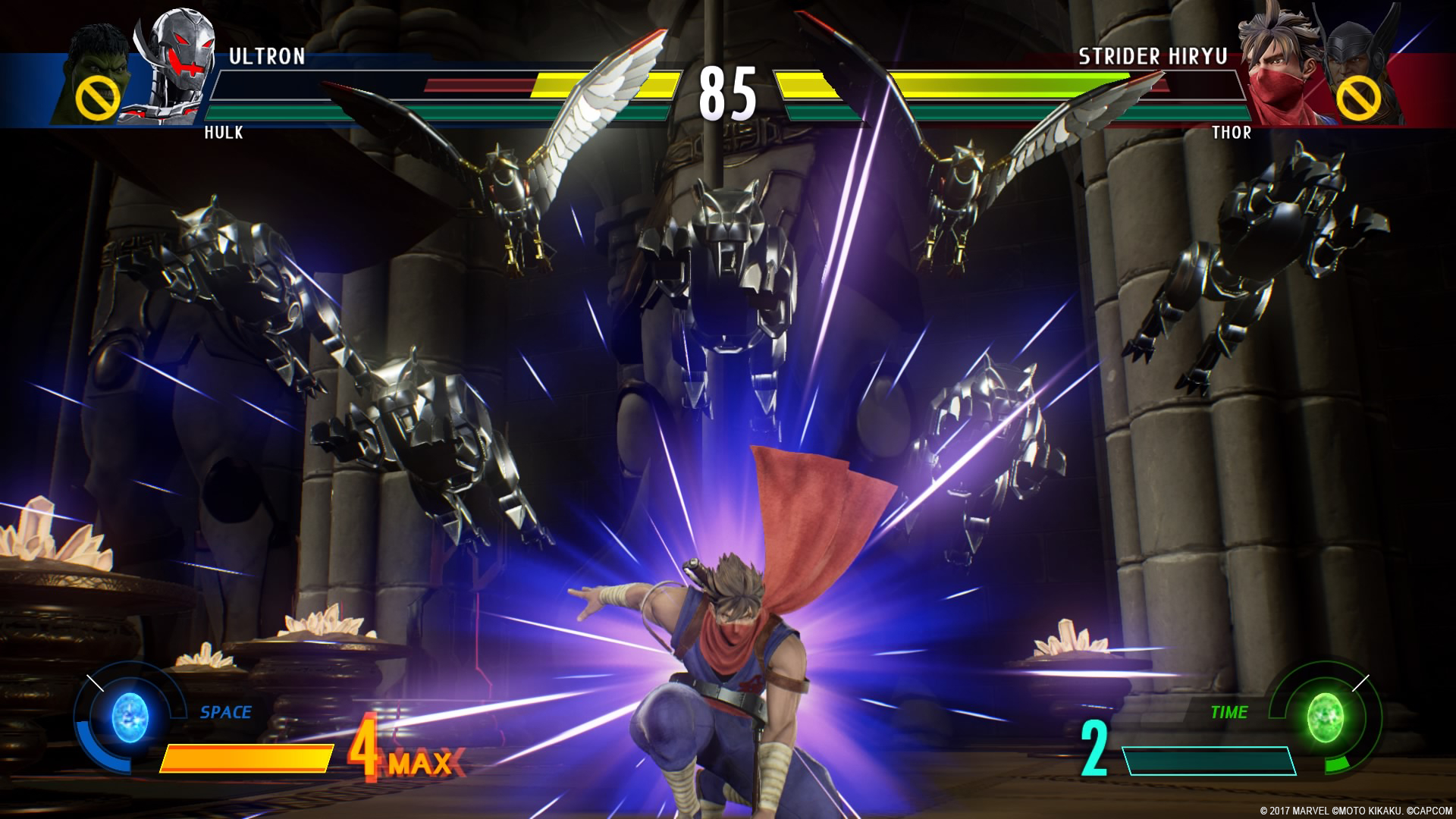 NeoGAF’s Ryce, who partially leaked the existence of Marvel vs. Capcom: Infinite before it was a thing, has another round of rumors for us.

Supposedly they have the full launch roster, which consists of 13 Capcom fighters and 14 Marvel fighters, with an unknown for the former (said to likely be Frank West). Highlights include Jedah from Darkstalkers and a character from Monster Hunter (perhaps an avatar with Felyne assists?) on the Capcom side, and Thanos (who will be making a triumphant return to the Vs. series) on the Marvel side. Six DLC characters are planned, the first of which is Sigma, who is said to be followed by Venom.

I can get down with this (safe) roster, especially if Jedah is real. There aren’t a whole lot of newcomers, but all you really need is a few strong characters to work with, and the templates for past characters in the series are a great foundation (even if a lot of people will be pissed that say, Zero or another Marvel 3 favorite isn’t in). Though if this list is correct, it’s a bummer that as rumored, there aren’t any X-Men in the equation.

The Capcom side is missing a character, but it’s probably someone like Frank West.

Filed under... #Marvel vs Capcom#Marvel vs. Capcom: Infinite