What I’m about to write will likely make you seethe with jealousy, so I apologize in advance: I’ve been playing a preview build of Marvel vs. Capcom 3 for a few weeks now. Although the game is only about a month away from its February 15 release, I know how you feel. It’s been 10 years since Marvel vs. Capcom 2 — haven’t you waited long enough?

I’ll tell you one thing: I think it’s going to be worth the wait. Read on for a sneak peek at what’s in store, including a ton of gameplay footage and a look at alternate costumes for some of your favorite fighters.

Pretending I’m some kind of Marvel vs. Capcom expert or authority here would be a waste of everyone’s time. The truth of the matter is that I’ve always been a casual player, preferring the more grounded Street Fighter games to the chaos of this particular series. So if you’re looking for me to go into all of the minute details of the gameplay mechanics and how specific characters handle, you’ll probably want to skip down to the gameplay videos or simply gawk at the cool outfits.

As a novice player, Marvel vs. Capcom 3 manages to feel more accessible than its predecessors, which I suspect was largely Capcom’s intention with the sequel. First there’s the “Special Attack” button (“A” on the Xbox 360), which can be used by any character to pop your opponent into the air, easily following up for some of the game’s flashier air combos. Previously, this pop up attack wasn’t universal for all fighters — either you knew it for each of the game’s 50-plus fighters, or you missed out on a lot of what made the game so special. Giving me easy access to this move, regardless of which character I selected, definitely went a long way in making me feel more comfortable with foreign fighter selections. 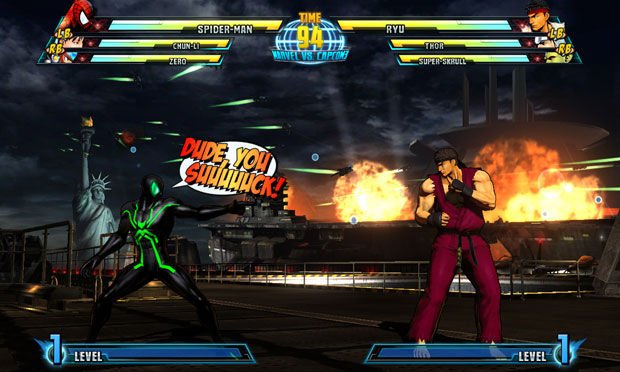 Secondly, and this is a big point of contention among some hardcore players, but Marvel vs. Capcom 3 features two styles of controls — “Simple” and “Normal.” It’s tempting to call “Simple” mode “Marvel vs. Capcom 3 for Dummies,” but it’s probably more fair to call it “Marvel vs. Capcom 3 for People Who Just Want to Hit Some Buttons and See Cool Shit Happen.” The set up is very similar the Wii’s Tatsunoko vs. Capcom, with one button directional and context sensitive special attacks. Want to unleash a mind-bending hyper combo? It’s mapped to a single button.

When I first fired up Marvel vs. Capcom 3, this was my mode of choice — I fell squarely into the “Just Want To Hit Some Buttons and See Cool Shit Happen” camp, and I was okay with that. Whether fighting against the computer or another player, I instantly had a set of tools I knew how to use: the path to “cool shit” was immediate and always recognizable. It never felt like the game was on auto-pilot, though. Having fun was the easy part; using those tools in a victory against another player — one who knew exactly what he or she was doing — was not.

It soon became obvious that “Simple” mode is just basically training wheels, and it’s just a small piece of what Marvel vs. Capcom 3 has to offer. In this mode you’re limited to a smaller set of moves and attacks, and I soon found myself wanting more, and switching to “Normal” mode. Comfortable with how the game moves (and getting used to visual chaos that would make your neurologist and  optometrist cry), I wanted more. It’s there, from the Advance Guard and the Snap Backs found in the previous iteration in the series, to the new Team Aerial Combos and Counters. There’s still a lot to master here, but as a more casual player of the series I’m glad Capcom is offered something to ease me in.

Get ready for the ride of your life!

Alright, enough with me baring my soul and admitting how bad I am at Marvel vs. Capcom — you wanna see the game, right?

A few notes about the preview build Capcom sent over: 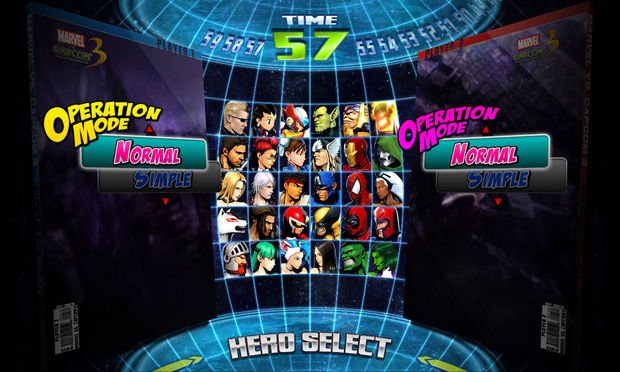 Below are four videos featuring various pieces of gameplay from the preview build. All told, there’s probably about 20 minutes of footage. Enjoy! And look, I already told you I suck — please don’t make fun of my fighting skills in any of the videos.

Bonus! Check out these sweet threads!

Along with the 30 playable characters, I noticed that there were four distinct costumes or color combinations for each player. I took the time to screencap all of them for you, because I not only hate myself (you don’t want to know how long this took), but because I thought some of them were pretty damned cool. 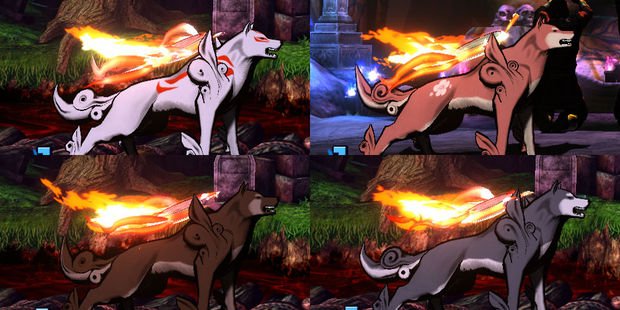 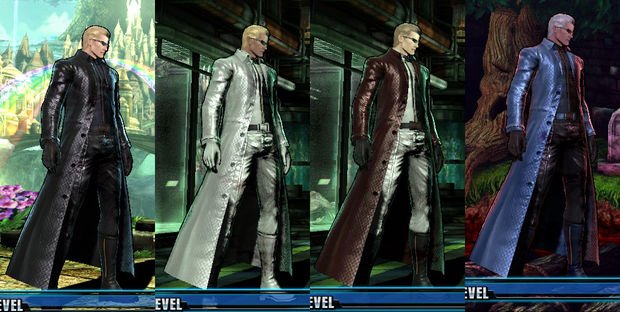 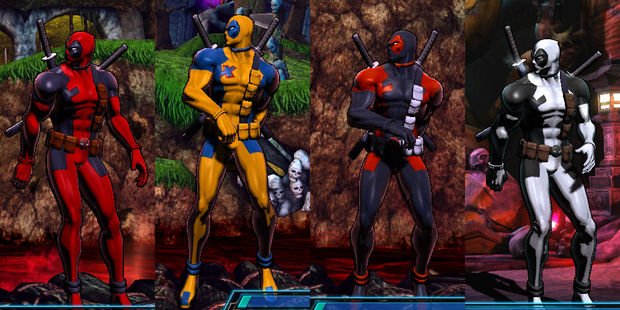 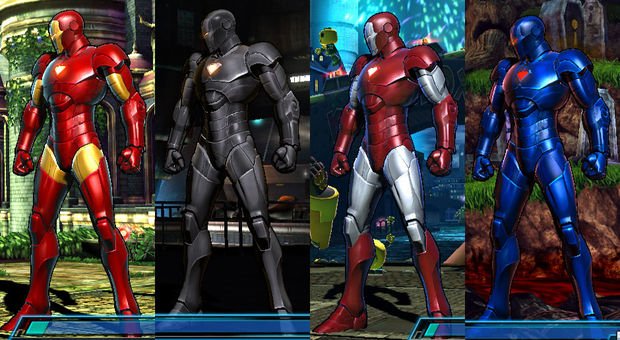 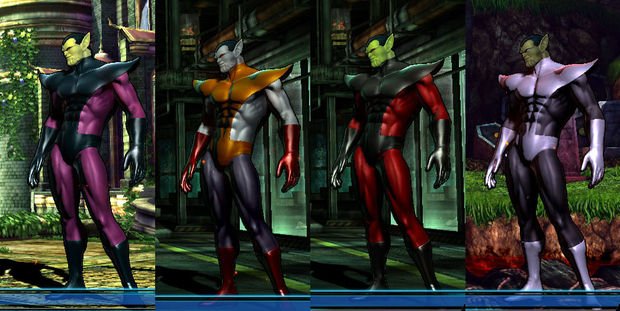