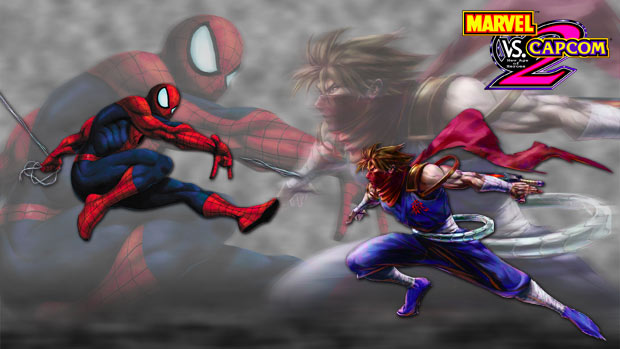 Gearing up for the game’s debut on XBLA this week, Capcom has just released some new screens and video from Marvel Vs Capcom 2. We’ve already seen Wolvie and Ryu going at it, followed by Storm Vs Jill, and now it’s time for my favorite superhero, Spider-Man, to take on Strider.

This has always been one of my favorite portrayals of Spidey, because no matter what he’s doing on screen, he always manages to look like a total badass, especially with the web action. I don’t know about the rest of you, but I’m pretty excited for an opportunity to fling gobs of my white goo at people again when the … oh … oh my, that didn’t sound right at all. Oh well, too late.

Hit the jump for videos spotlighting both characters in action, with a bit of strategy regarding the strengths and weaknesses of each. There are some screenshots in the gallery below for dessert, and Jonathan Holmes and I will be bringing you a full review of the game very soon, so keep an eye out for that as well.