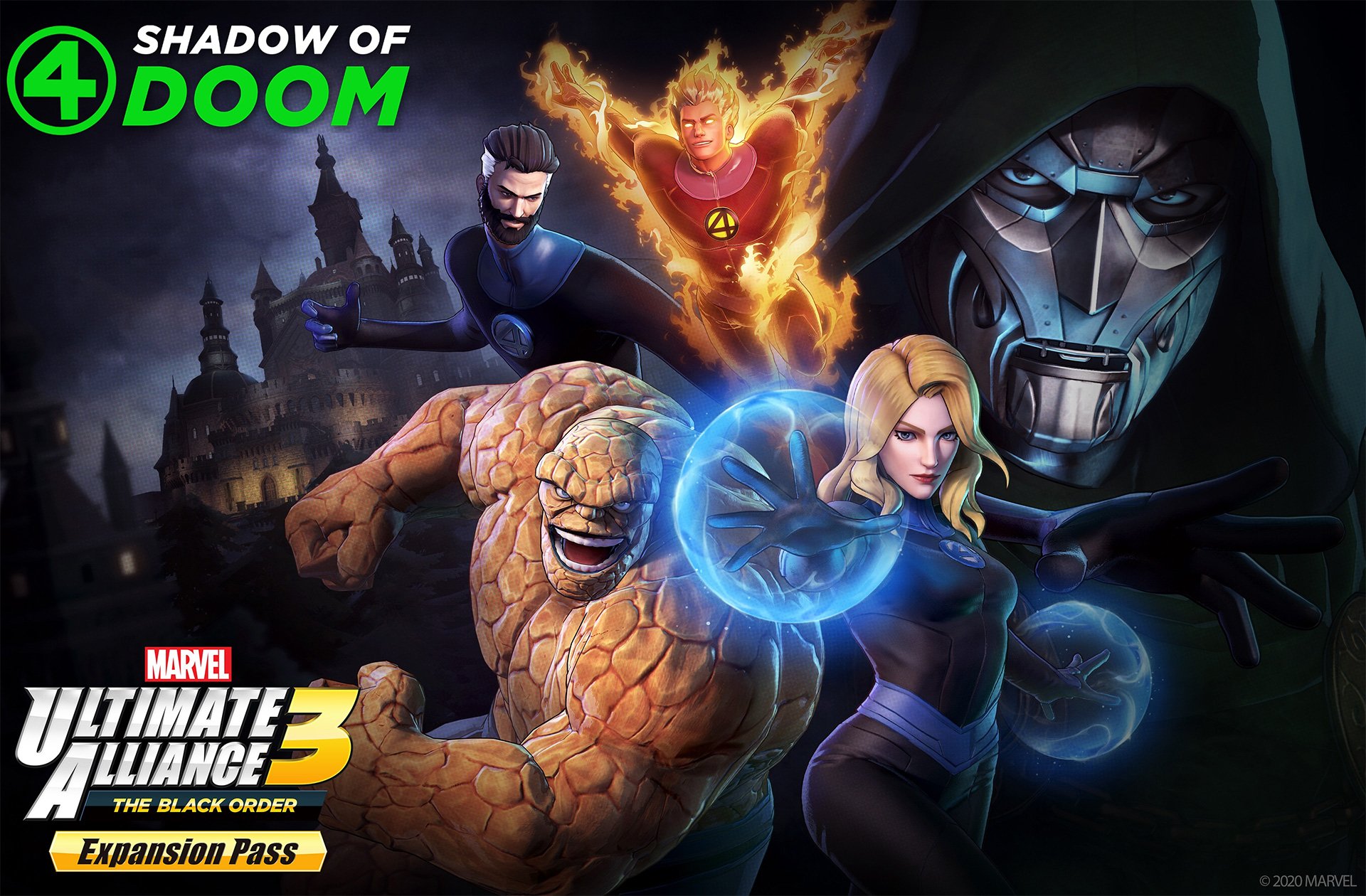 I wonder when the season pass will go on sale

I’ve skipped all of the DLC for Marvel Ultimate Alliance 3: The Black Order so far (one: the game is on my back-burner, and two: despite cool characters, the content seems uninspired and stale), but I might have to make an exception for the final release of the season pass, Fantastic Four: Shadow of Doom.

As confirmed this morning by Nintendo, the Doctor Doom-centric DLC is releasing on March 26, 2020. If you already got Rise of the Phoenix and Curse of the Vampire, well, it won’t be much longer. I’m at a burned-out point with Ultimate Alliance 3 where I need a gameplay or story shakeup – preferably both!

One of my most-worn t-shirts as a kid prominently featured Doctor Doom, so I kinda can’t pass this up even if it’s more of the same. I guess if I’m getting Shadow of Doom, I might as well go all-in.

Doom has some of the best out-of-context comic panels around.