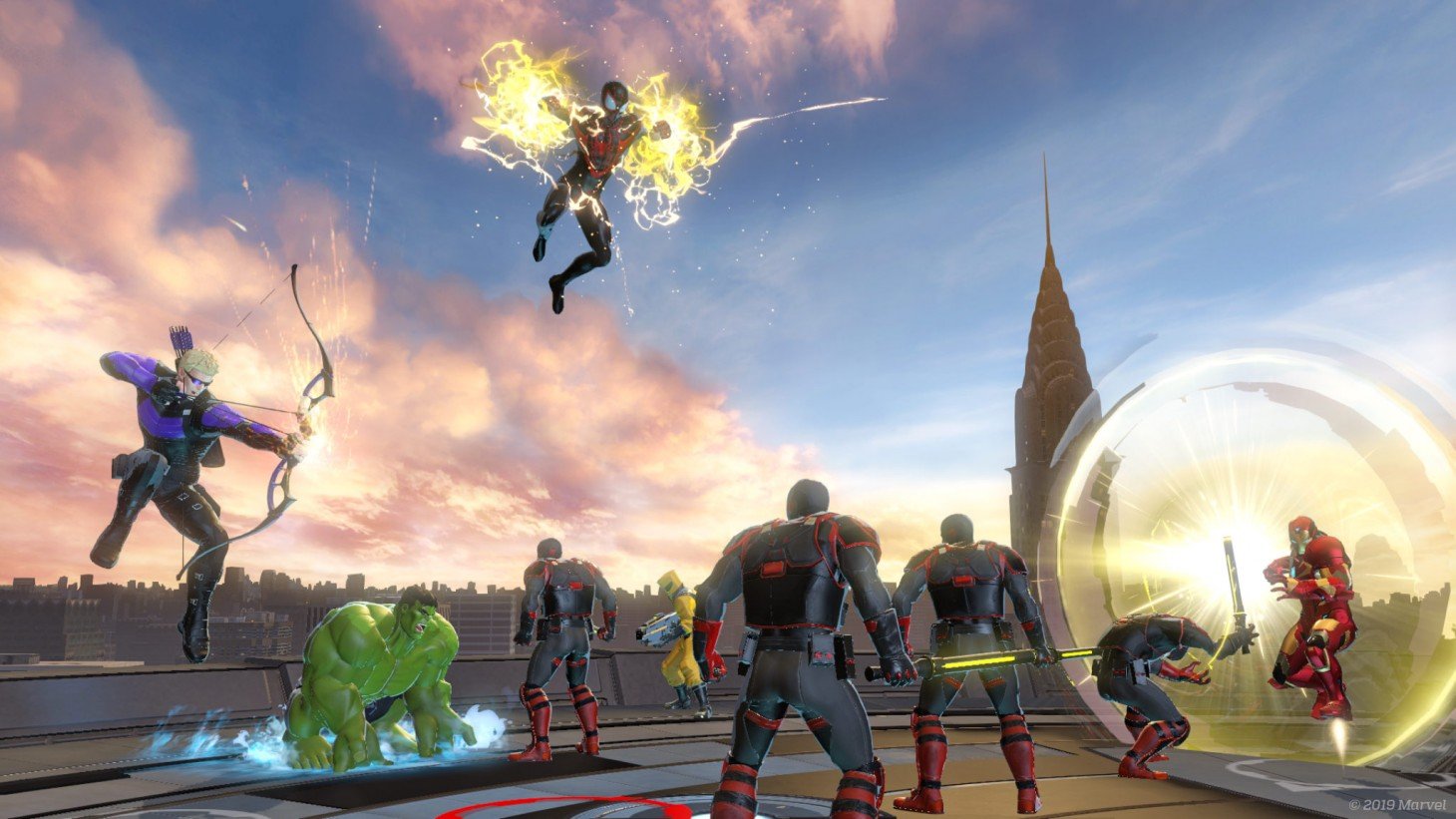 We already knew that Marvel Ultimate Alliance 3 was getting a season pass, but thanks to a new official listing, we have an idea of what that actually entails.

Nintendo and Marvel have revealed the full schedule, with DLC 1 coming in the fall, DLC 2 arriving before the end of 2019, and DLC 3 dropping in 2020. “Playable characters, modes, and additional story,” are in, and as announced at E3, Marvel Knights, X-Men, and Fantastic Four are guaranteed to be included. There’s also an alt-color chef outfit for Deadpool as a pre-order bonus, just like the Yoshi/Shy Guy colors for the Mario Kart 8 Wii U season pass.

It’ll be $19.99, and it can only be bought in bulk in pass form: as of right now, you cannot opt for individual season pass content, just like the recent Call of Duty: Black Ops 4 scheme. It probably won’t ever be sold piecemeal either, as the listing plainly states “will not be sold individually.”

$20 for three DLCs isn’t bad on paper, but most of you will probably want to wait and see before you plunk down your cash: linking all three to a forced season pass probably makes the decision to hold off even easier. 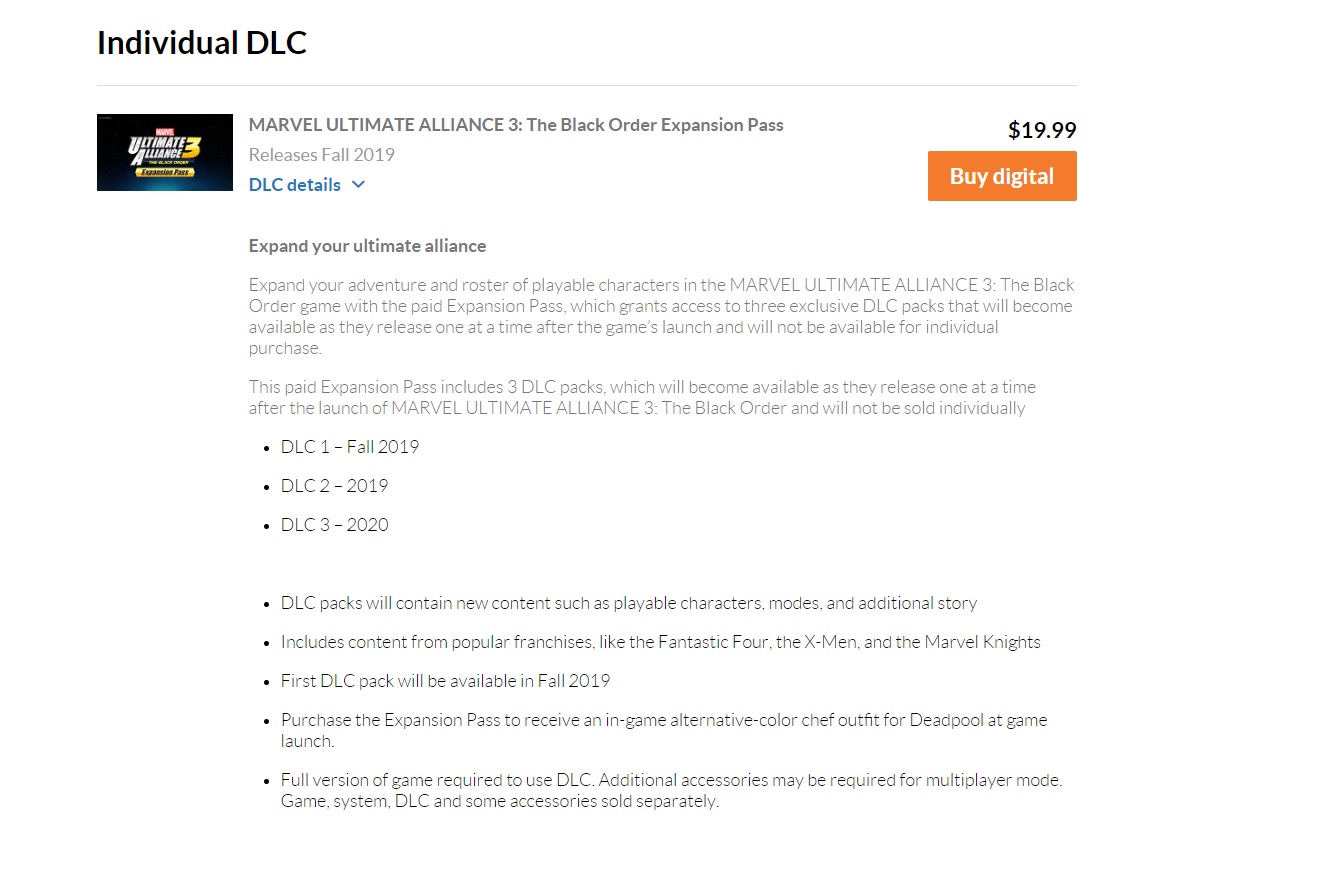