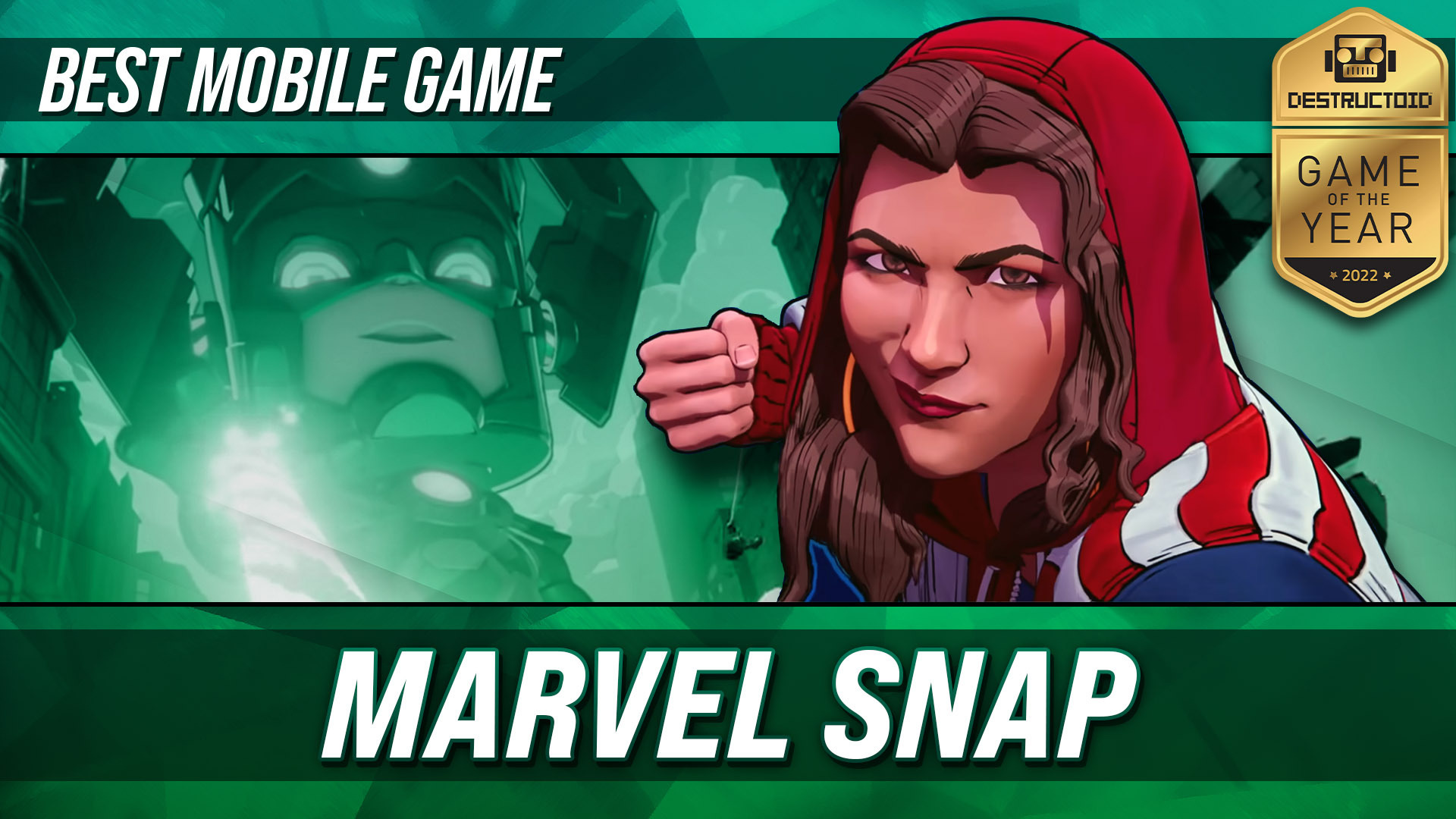 A big part of a creative process is knowing that it’s okay to start over. You might have an amazing initial idea, but as you put it into action, whether writing a book, drawing a picture, or making a game, you might discover that you can do better than that first idea. And that’s okay. It’s all part of the process. Just ask Ken Levine.

But sometimes, you get lucky, and the first idea you have knocks it out of the park. That’s what happened with Second Dinner, the developers behind Destructoid’s pick for the Best Mobile Game of 2022. As studio co-founder Ben Brode told the Washington Post in October:

“We came up with the idea for ‘Marvel Snap’ pretty quickly. In fact, it was so fun so fast, we actually put it on pause and said, ‘Look, we’ve got to explore some other stuff. We can’t have this good of an idea this quickly,’” Brode said, reminiscing. “Like the first idea’s never the best. But after a bunch of iterations, all we could think about was playing this game. So we ended up going back to it and fleshing it out. It’s been fun ever since.”

Yes, it has been fun ever since. Marvel Snap has devoured hours of my life like a well-placed Carnage and I know several people who’ve deleted the app because they know it would easily consume all their free time. I remember the first time I booted it up on my Android, I thought there is no way a collectible card game built around 12-card decks could offer much in the way of strategy. How quickly that inclination was proven to be foolish. Despite the limits on how many cards each deck can carry, there is an absurd amount of strategy you can employ in Marvel Snap. The more cards you unlock, the deeper the meta goes.

Right now I have multiple decks built around destroying cards, discarding cards, moving cards, stealing cards, Arnim Zola-Black Panther-Wong combo, and thwarting my opponents. I also have an Agatha Harkness deck for when I want to watch the world burn. Each time I unlock a new card, I feel the need to build a deck around it, to experiment and iterate and see if I can maximize its potential. And that’s what this game encourages players to do.

By limiting deck sizes to just 12 cards, building a new deck isn’t some herculean task. As long as you know the rules of the game and the flow of how it all works, you can put together new effective decks in a snap. What a feeling it is to bring a fresh deck into battle, and to see the cards line up in your favor as you hit turns four, five, and six and see your strategy playing out exactly as you planned it. It doesn’t always work, as luck will play a role in your success or demise, but so it’s damn gratifying to know your scheme works.

As we go into 2023, Marvel Snap has some work to do. As of right now, its events suck, its menus aren’t that great, and it’s unknown for how long players will be happy ponying up $10 every single month for a new season of slim content. But like with all games-as-a-service titles, things can change and improvements can be made. What matters most is the gameplay is superb, and that gameplay is why we’re happy to name Marvel Snap as Destructoid’s Best Mobile Game of 2022.