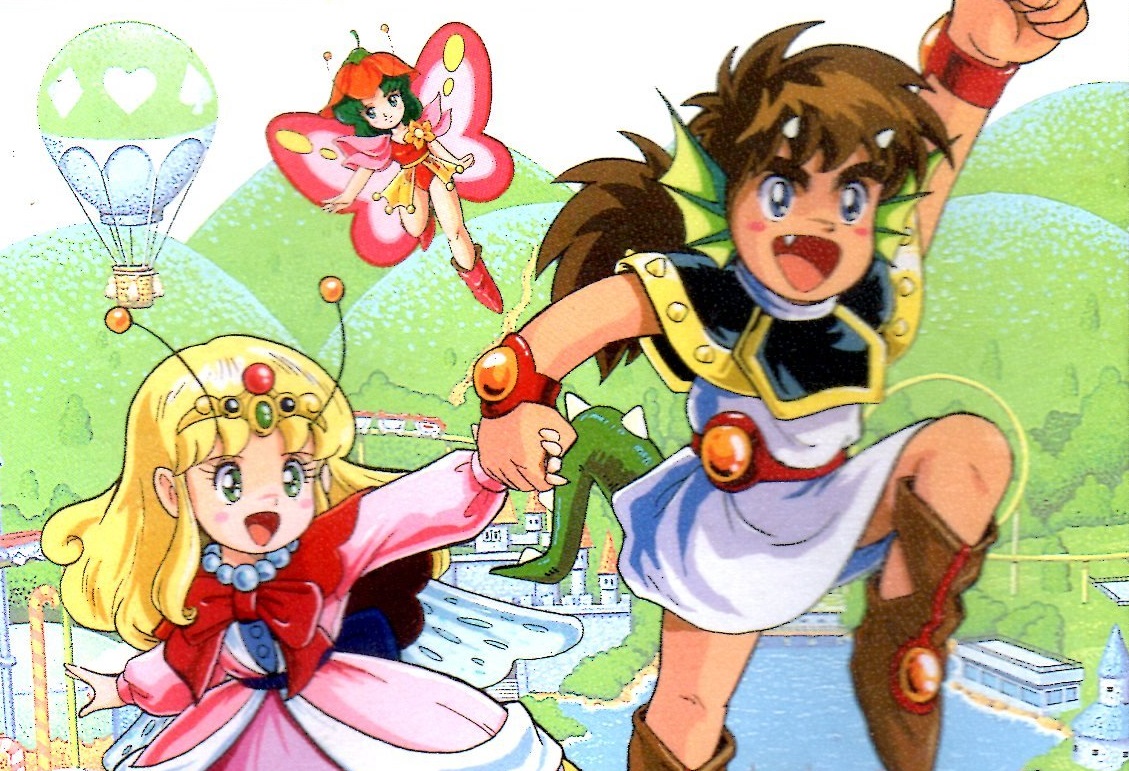 There’s Pooka! I love that guy!

There is something of a rarity joining the Arcade Archives this week, in as much as it’s a title I’ve never actually played! Now available on PS4 and Nintendo Switch, it’s Namco platformer Marvel Land!

Released to arcades in 1990, Marvel Land is a fantasy adventure that sees players guide a young hero, Prince Paco, through a series of colorful and hazardous stages on a quest to rescue the adorable Princess Luxie, who has been abducted by the wicked Mole King. What follows is typically cute platforming fare, as Paco negotiates “Marvel Land”, essentially an amusement park wherein the Mole King resides.

As such, the adventure consists of dashing and jumping through numerous rides and attractions, while battling the mad monarch’s rodent army — The Mogles — and their various lieutenants. To aid him on his quest, Prince Paco can gather various power-ups including dragon wings, speed shoes, and a secondary clone to double the fun, double the pleasure.

Check out all the fun of the fair in the video below, courtesy of YouTuber Replay Burners.

While the arcade edition of Marvel Land was rarely seen on the circuit, the game would be ported to the Sega Mega Drive, newly monikered as Talmit’s Adventure — quite possible to avoid attracting the ire of Spider-Man-lovin’ lawyers. In a cute touch, Marvel Land features a stage that takes place in a parade, which features a who’s who of classic Namco characters, including Pooka from Dig Dug, Gilgamesh and Ki from Tower of Druaga, Pacet from Baraduke, Mappy, my girl Wonder Momo, and, of course, Pac-Man. Coincidentally, almost all games referenced in Marvel Land are also available as part of the Arcade Archives.

Marvel Land is available to download now on PS4 and Nintendo Switch, priced at around $8.