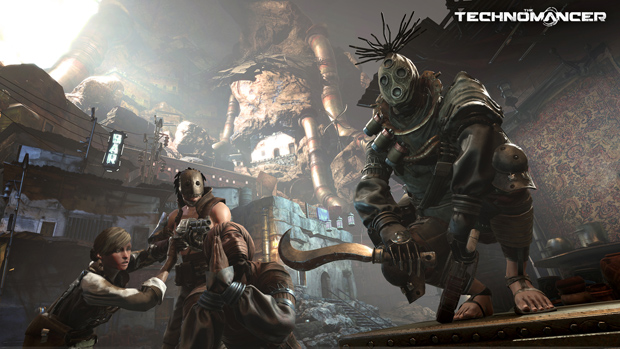 Impressive to see Spiders keep at it like this

The folks behind Mars: War Logs, Of Orcs and Men, and Bound by Flame are working with Focus Home Interactive on yet another action role-playing game. When it releases next year for PC, PS4, and Xbox One, The Technomancer will send players back to the fourth rock from the sun.

Mars is at war over water (too real!), and it’s also post-apocalyptic and cyberpunky, which sort of explains whatever is going on with that guy’s helmet up there. As a Technomancer, you’ll have cybernetically-enhanced powers and, because this is an RPG, there will be skill trees, dialogue options, companions, and craftable gear. But really, I just can’t stop staring at that dude’s mask.

Spiders (the developer, not the, uh, arthropods) seems to have found a niche for itself.