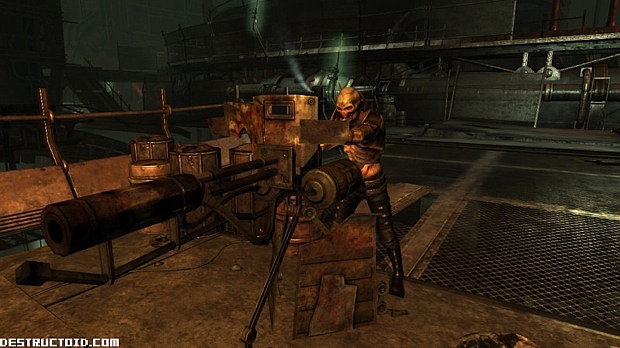 Contrary to reports, Spider Games is not developing an Xbox 360 version of PC and PlayStation 3 RPG Mars. In an e-mail conversation with Destructoid, Spider CEO Jehanne Rousseau said an Xbox 360 version of the game was a logical step and is being planned, however, taking the game to the Microsoft platform would require help from a publisher.

“For now we’re still searching for a publisher, so in one way the 360 version relies on them,” Rousseau said. “But we do actually have a PC version and we’re planning to develop for 360 as well, as it seems very logical. I’ll be able to give you the final answer about the different platforms when I have the contract in hand.”

In a recent interview, Rosseau indicated that the lead platform for Mars was the PlayStation 3. In his words, the choice was made because “the PS3 is a very complicated platform.” Spider would rather jump whatever hurdles now, as opposed to later. Good call. Run a mile, then take a walk.

[Update: Rousseau contacted us with this statement, making this all perfectly clear: “Mars has no publisher at all for now,” he exclaimed, “not only the 360 version. The preproduction of the game has been done on PS3 and PC, but there is nearly no doubt that the game will be developed for Xbox 360 except if Sony buy the rights for an exclusivity. As we’re still in preproduction it was more interesting to work on the hardest console to unlock all the technical problems we could meet.”