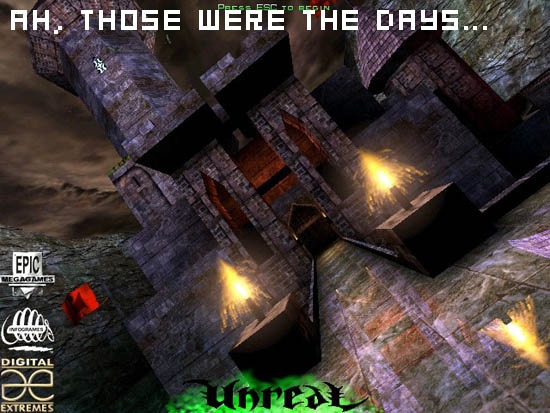 Do you remember the days back before all of the Tournament action? If you do, you’ll remember that the original Unreal was the game we used to show off the power of our PC rigs. It also raised the bar for 3D games, and was a visual benchmark for the rest of the FPS world at the time. Those are fond memories for many a gamer. It’s too bad that there’s no plans to revisit those good times with another Unreal.

According to CVG, Epic’s Mark Rein doesn’t have a follow-up the 2003 Unreal II on his to-do list right now. In an interview with bit-tech, Rein says that “there’s definitely no plans right now for an Unreal 3 game. Will we have new IPs? Sure, but not right now.”

If Epic does get around to it, I hope they shoot for the PS3 or Xbox 360 again like they did with Gears of War and Unreal Tournament III — my PC really sucks right now.