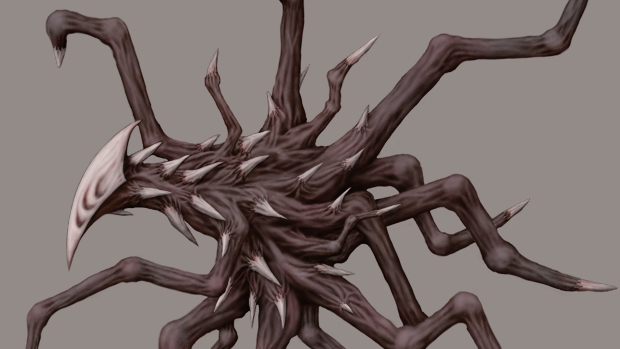 Back on Kickstarter with more reasonable goals

Kickstarter is a different landscape for videogame funding than it was a few years ago. Long gone are the days when a good idea and some concept art could get a project funded (Double Fine notwithstanding). Mark of the Old Ones fell victim to this last November, making only about 13% of its initial funding goal of $225,000 on Kickstarter.

At the time, we watched the video, but never covered it. With only placeholder graphics, it looked too far from completion to put any stock into. Now, the team at Hit the Sticks is relaunching it on Kickstarter, with six more months worth of work put into it, and a reduction in scope. The team was able to secure private funding for the past few months, which is part of the reason why it is asking for only $46,000 now.

Mark of the Old Ones is set to be a metroidvania with a focus on its double tendril swinging mechanic. It stars a Flying Spaghetti Monster-esque creature named Mogal, and takes a lot of cues from H.P. Lovecraft’s Cthulhu mythos. This all sounded cool enough the first time around, but now that we can really see it in action, it appears much more likely to be funded.