Tony Ponce got to play Mark of the Ninja back at PAX East and he seemed to be just as enthralled by the game as I was at E3. A 2D stealth game might not immediately sound like it should work, but Mark of the Ninja hits all the right notes when it comes to being sneaky.

Playing through the first level was a wonderful time, but it wasn’t until I attempted to get through it without killing anyone that I really started to get into it. Moments became much tenser when the easiest option of eliminating guards was out of the question. Once I finished the level, I felt like I really had accomplished something. Mark of the Ninja instantly became one of my most looked-forward-to titles of the year.

One thing that that Mark of the Ninja accomplishes is informing the player with on-screen feedback. Each time you make a noise, a large circle shoots outs from the source to let you know just how far the sound traveled. When an enemy is alerted to your presence, a timer is displayed that shows exactly how long they’ll be distracted for. With all of the information clearly displayed to the player, it always feels like your fault — not the game’s — when you fail.

I was told that the entire game can be completed without ever taking someone’s life. The thought of that alone filled me with such a warm feeling inside. It also seemed like a priority for them, since there was one guard that I couldn’t get passed without killing or alerting in the demo, but they were already aware of it and a fix was in the works (he had to be moved over a few feet). 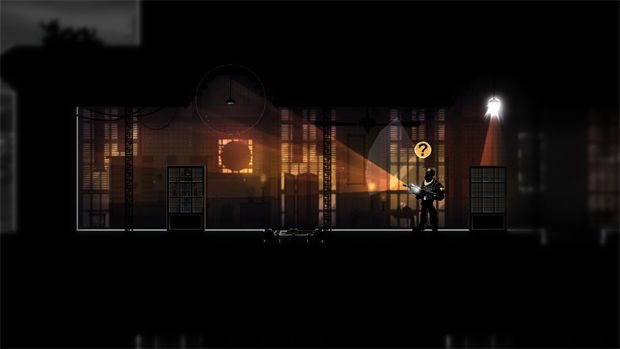 While each level can be passed without ever killing an enemy, it is by no means necessary. The game will give you a rating at the end of each level depending on your performance. Playing through a level without alerting the guards or killing enemies will boost your score significantly. It’s even worth going back to previous levels later on, since you’ll bring your new weapons and gadgets with you that you did not have previously.

After I finished the Mark of the Ninja demo, I had a huge smile on my face. I knew that this game would satiate my lust for stealth better than just about any other game out there, including Hitman. Mark of the Ninja feels fresh, new, and unique. The 2D gameplay is a perfect fit for the genre, and I can’t wait to get my hands dirty with the harder levels.

Mark of the Ninja will be released later this year for Xbox Live Arcade.