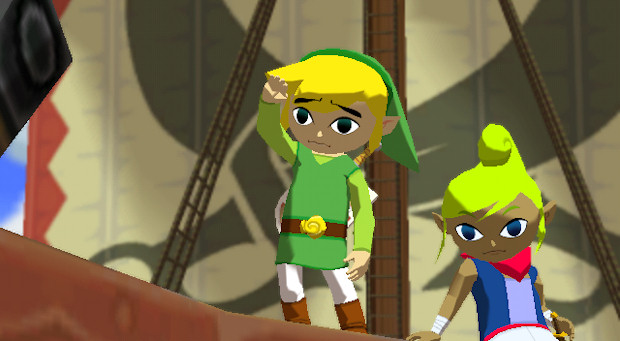 Charles Martinet is known and beloved to gamers as the vaguely creepy old man who can make himself sound like a high-pitched Italian plumber, but if he’d have had his way, the voiceover artist would’ve also become the vocal chords behind The Legend of Zelda‘s green-suited hero as well.

“It’s the genius of Miyamoto and he knows just the right formula for making his games more fun and more exciting. For example in New Super Mario Bros. Wii, if things slowed down for Mario to express his inner feelings it just wouldn’t work and this way it keeps our hearts pounding with enthusiasm.”

Could Martinet be any further up Miyamoto’s arse? Anyway, do you think Miyamoto was right to refuse Martinet, or should Link always stay the silent hero? I think I’ll personally side with Miyamoto on this, considering what happened the last time we allowed Link to say more than just “HRUH HRUH HAH!”