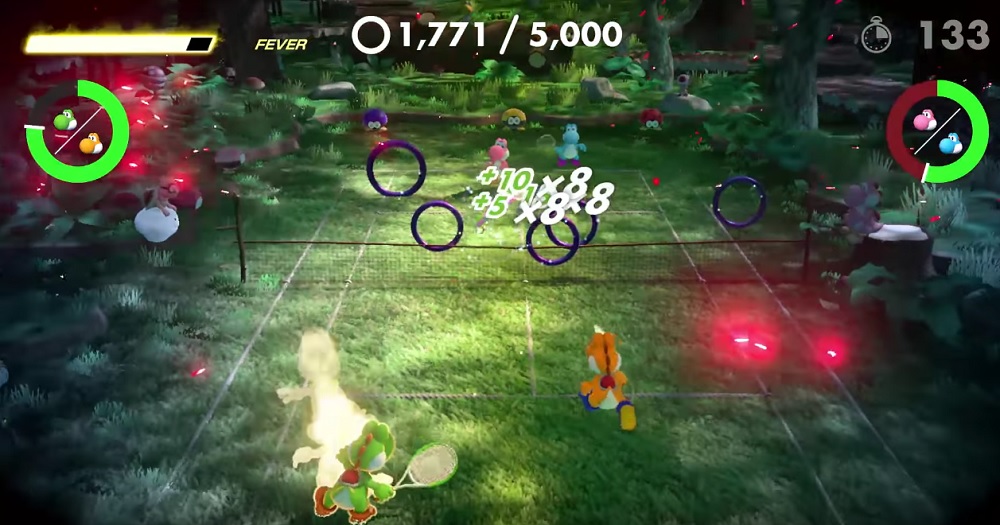 Not quite Wimbledon weather, but still

For those of you still killing it on the courts with Nintendo Switch release Mario Tennis Aces, a new update brings a couple of fun new modes, along with a dramatic new intro movie.

Update 3.0.0, which is available right now, adds new mode Ring Shot. This adds a selection of different sized rings to the net, with up to four players competing in a rally whilst attempting to return their shots through said rings. Bonuses are awarded dependent on the size of the ring and how difficult the shot was to place.

Along with this mode comes a limited time variant. Yoshi’s Ring Shot is a co-op mode where up to four players work together to earn points, cumulatively reaching a target goal. Achieving this will reward the players with different coloured Yoshi models to use in Free Play and Tournament mode. Yoshi’s Ring Shot will run until June 1.

As previously mentioned, a new intro sequence has also been added to the game, you can check it out below. Mario Tennis Aces is available now on Nintendo Switch.