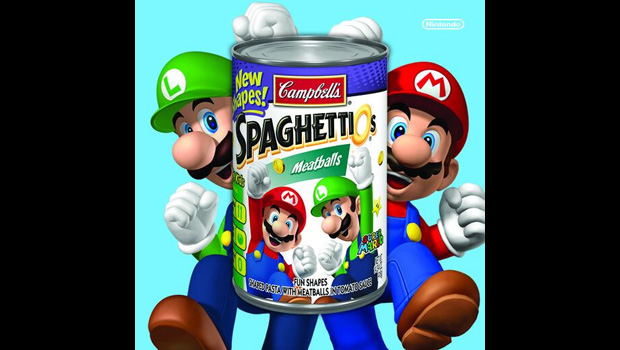 Wash it down with some Hi-C Ecto Cooler

I thought this was a joke. It’s not a joke. Campbell’s has partnered with Nintendo to release Mario-branded SpaghettiOs.

Why, yes, it is the year 2013. Back in the late 80s and early 90s, you couldn’t toss a penny down a supermarket aisle without hitting some type of Nintendo-branded foodstuffs, whether cereal or beverage or whatever. But to the best of my knowledge, Mario ironically never did grace a can of pasta back in the day.

In the words of a certain hedgehog, “You’re too slow!“