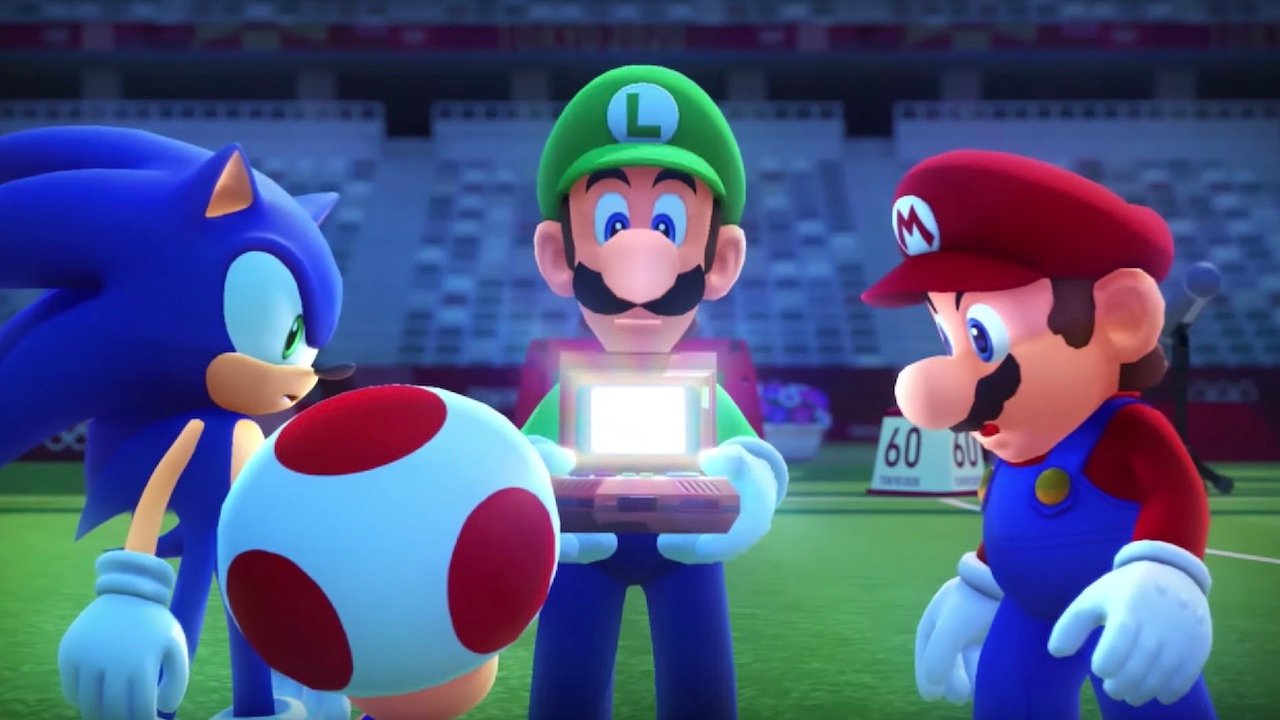 Won’t someone think of Luigi

Mario & Sonic at the Olympic Games Tokyo 2020 arrives next month, and although these games are usually slept on by a lot of folks, this iteration has been getting a little more attention due to its Switch exclusivity and focus on retro minigames.

But having played through the campaign recently, I’m of the mind that Sega should be playing up its wackiness just as heavily. 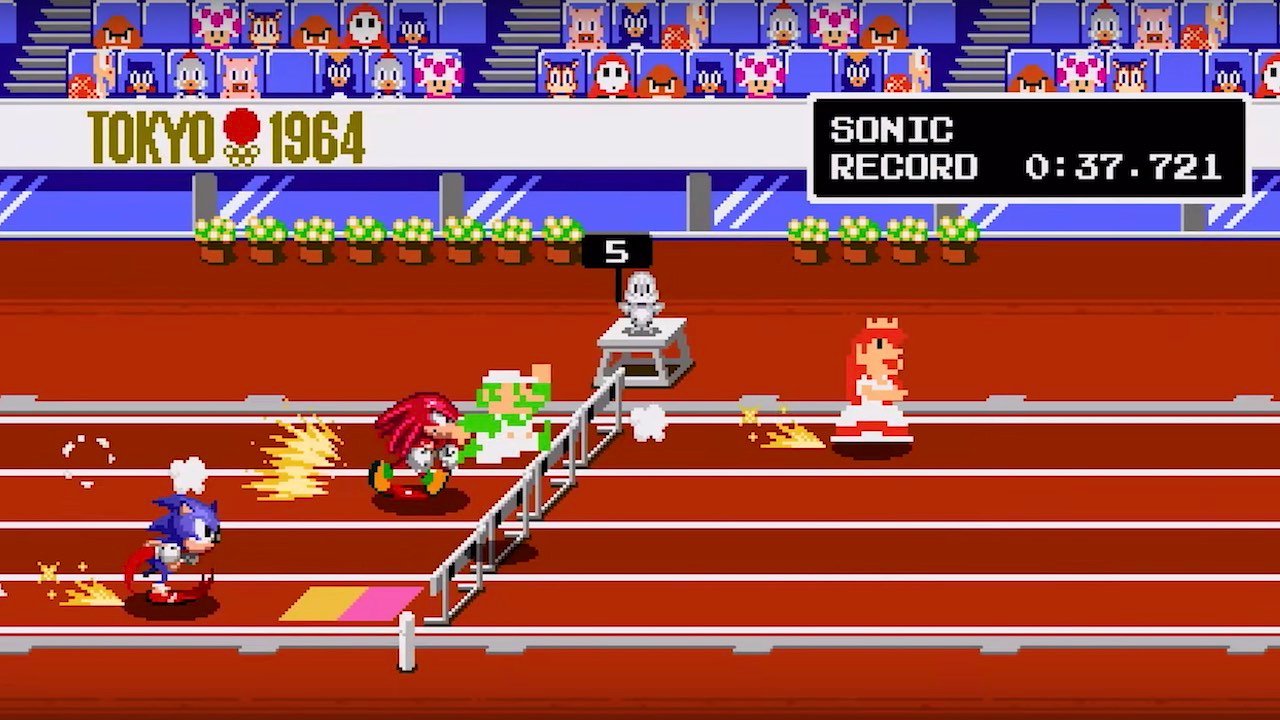 Mario & Sonic 2020‘s story premise is far from tenuous: a typical sin of the Mario Party series and its ilk. Adorably, Bowser and Dr. Eggman (Robotnik) team up to take down Mario and Sonic once and for all by trapping them in an alternate 1964 dimension (which I’ve dubbed the “Retro Realm”). Due to shenanigans the evil duo gets sucked in with our heroes, and must compete for gold medals to escape. Meanwhile, Luigi is desperately trying to find a way to save his brother in the real world, while in possession of the machine. None of this is played straight.

Luigi is the real star here, and I found his storyline to be the most compelling. Amazingly, Luigi, who only communicates through hand motions and head sways (mostly of the negative, super worried variety), is constantly thwarted on his mission to rescue Mario from unsuspecting cute characters like Sonic‘s Amy. Very early in the game Luigi finds out that Tails might be able to help tinker with the machine and get his brother to safety, but he’s constantly interrupted by people to compete in the Olympic games. While this is happening Bowser and Eggman fight like a married couple in the Retro Realm while Mario and Sonic soar like Olympic Gods. It’s great.

Further augmenting the crazy story concept, Luigi and explore a hub world of Tokyo (with real locations) and Team Mario + Sonic have a retro hub of their own. Both have opportunities for side chats with other cast members, exploration, and a combination of real-world and fictional trivia (for the Olympics and cast members respectively). It’s not super deep, but above and beyond what’s done for a typical party game.

That’s about all I can say now! Expect our full review of Mario & Sonic at the Olympic Games Tokyo 2020 closer to launch.

Filed under... #mario#Mario & Sonic at the Olympic Games Tokyo 2020#Olympics#Sega#Sonic#Switch