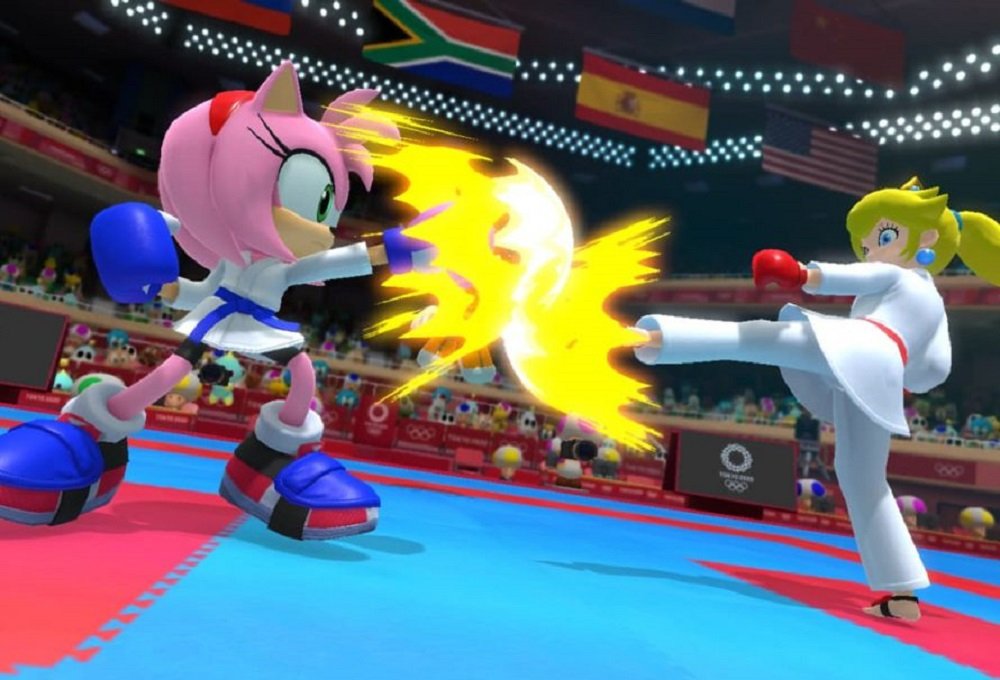 Sega may have got off to false start with its upcoming sports compendium Mario & Sonic at the Olympic Games Tokyo 2020. A recent update to the publisher’s TGS 2019 website appears to have revealed the entire launch roster for the track & field title (as spotted by GameXplain.)

A small banner, containing logos that pertain to different characters in the – Mario & Sonic universe – can be enlarged, revealing 32 different characters, currently getting into gear for events such as running, swimming, long jump, karate, surfing and volleyball, among others.

Honestly, that’s a pretty good roster, I especially like the choice of female stars, and I can see myself running Wendy O. whenever possible. Of course, none of this has been officially confirmed, but it’s looking quite legit. See anyone you like?

Mario & Sonic at the Olympic Games Tokyo 2020 launches on Nintendo Switch in November, with an arcade release to follow in selected territories in 2020.

Filed under... #Arcade#leak#mario#Mario & Sonic at the Olympic Games Tokyo 2020#rumors#Sega#sequel#Sonic#Switch