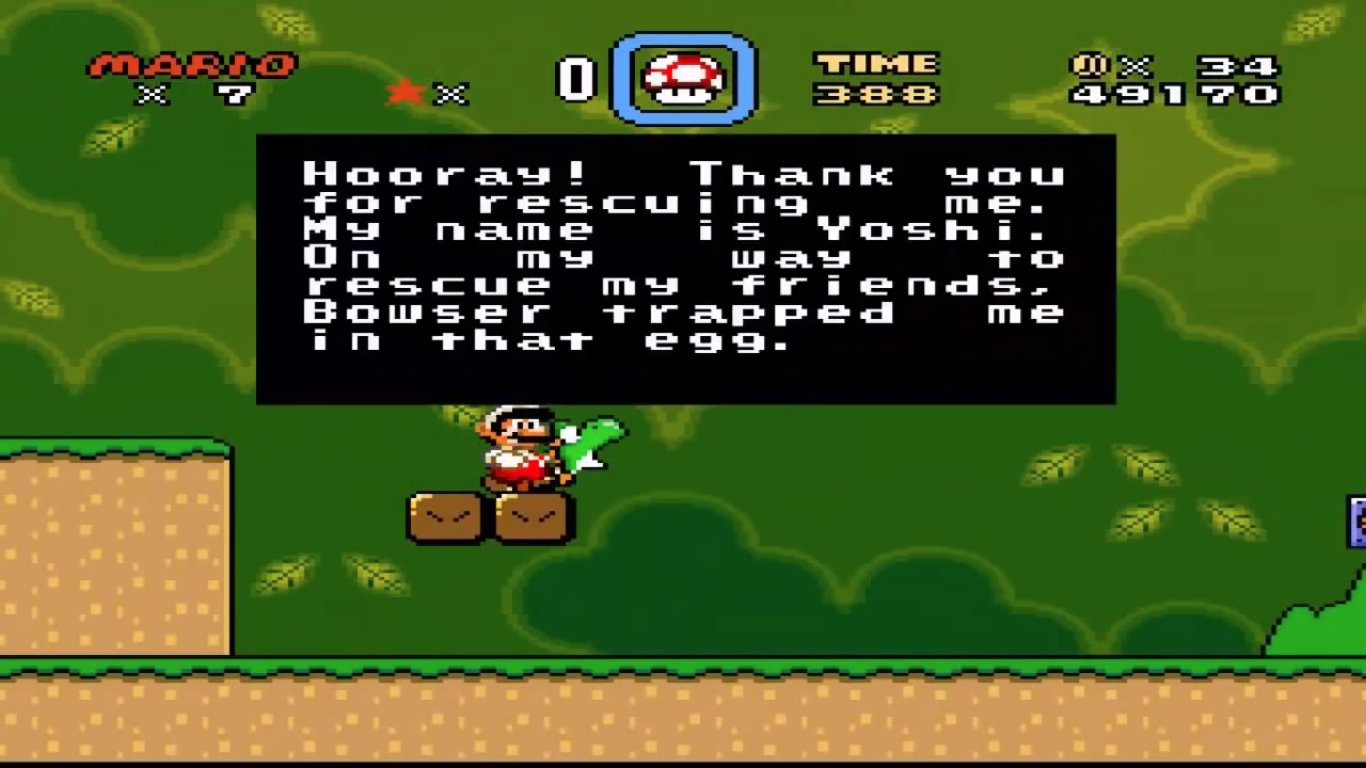 When Mario motions his arm forward in Super Mario World and Yoshi’s tongue unfurls, Mario is not pointing to where Yoshi should lick. He is punching him in the god damn head, according to Nintendo.

Fans have tried to take a close look at the Mario-riding-Yoshi sprite and subsequent, official artwork to prove Mario isn’t abusing his ride, but the latter is actually a retcon, according to developers Takashi Tezuka and Shigefumi Hino, speaking in an interview with Nintendo’s official site and translated by Kotaku. 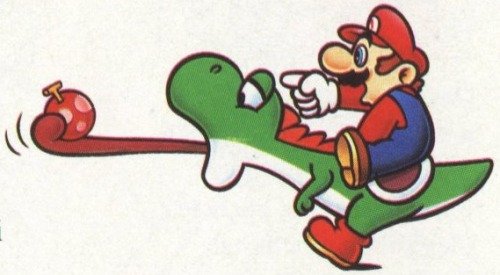 “I think he likes horses,” Tezuka said of Shigeru Miyamoto, who reportedly drew a photo of Mario on a horse and pinned it on the wall near his desk during Super Mario Bros. 3 development. “When I saw that, I thought, ‘I guess he wants Mario to ride something,'” Tezuka said. He “had Hino draw reptile type art,” fitting with the “dinosaur land” concept in SMW, with “horse” as the frame of reference for this, “large lizard type creature.”

“It looked like a crocodile,” Tezuka said. He sketched out a cuter character that Hino would then turn into Yoshi. And here’s the smoking gun from the creators’ mouths.

“Lots of people think that while Mario is pointing his finger forward, he’s saying ‘Go,’ and Yoshi’s tongue comes out,” Hino said. “However, the set up that I drew was that when Mario punches Yoshi in the head, the character’s tongue shoots out in surprise. What’s more, there’s an added ‘bop’ sound. However, it seemed like people would say ‘Poor Yoshi,’ so that’s why it became that Mario is saying ‘Go.'”