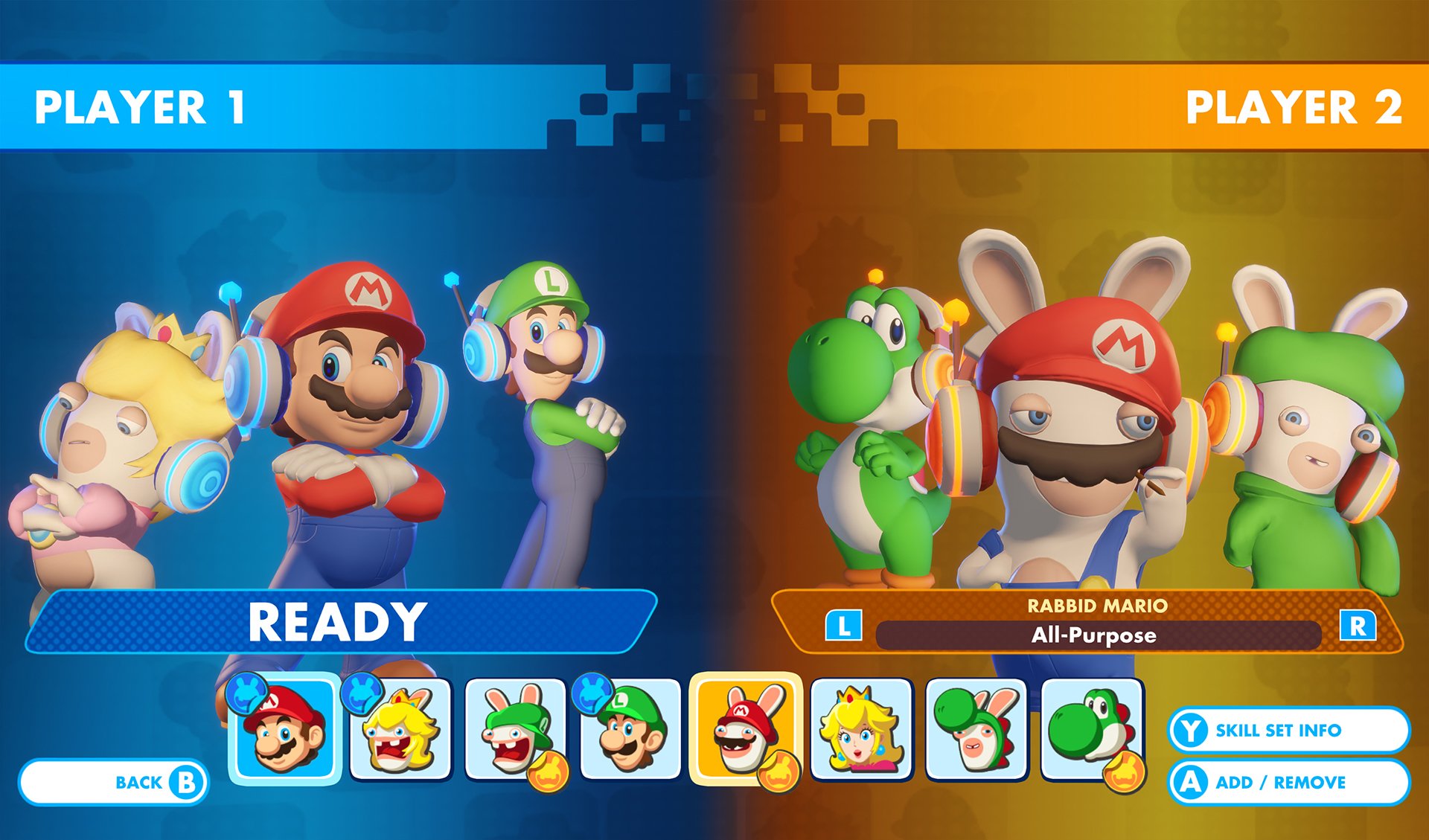 Mario + Rabbids Kingdom Battle, one of the most surprisingly amazing games of 2017, is getting a free Versus mode this Friday, December 8. This new mode will allow you to square off against friends on the same console.

Each player picks a custom three-hero squad and has a breadth of attacks and abilities from across the campaign at their disposal.

Unlike standard gameplay modes, each player is only given three actions per turn. This means you won’t get to move and mount an attack with your entire squad. This new layer of strategy will ensure you need to keep an eye on what sort of power play your opponent is trying to set up. Matches can be limited to seven or ten turns if you want a quicker experience and you can even set short, medium, or long time limits on each turn.

In order to balance the matches, Versus mode will use standard starter loadouts of all eight characters, or sixteen unlockable loadouts all equipped with different stat specializations and weapons. I’m also happy to report that unlike in the campaign, you can select an all-Mushroom Kingdom or all-Rabbid team. It’s finally time to watch Mario and friends gun down their Rabbid doppelgangers.

While I wish this update also came with online play, it’s cool to see games like Mario + Rabbids getting support in the form of free little updates like this. Versus mode will launch as a free download for Mario + Rabbids owners on December 8, 2017.