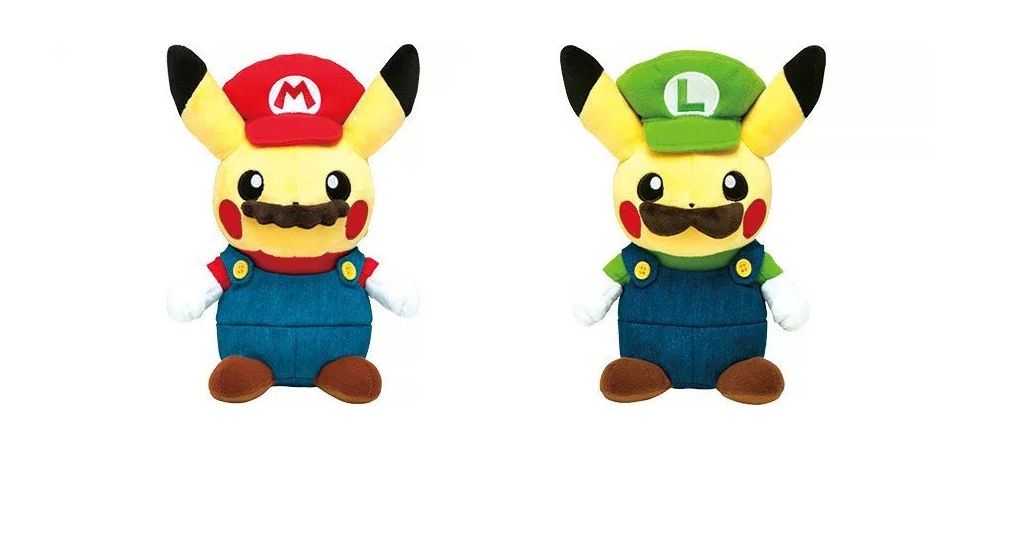 What would happen if Mario and Pikachu did the fusion dance? No, this isn’t some deviantart contest, but if it were Nintendo would claim all the entries considering it and the Pokémon Company have teamed up create an official monster Mario X Pikachu mashup.

It’s the 20th anniversary of Pokémon and the Switch was just revealed, so now is as good a time as ever. Various items including plushes, t-shirts, 3DS covers, folders, and playing cards will be sold at Pokémon Centers around Japan. Nintendo is even going back to its roots, with one of the items being hanafuda cards, which the company got its start selling.

I’ve been to several Pokémon Centers and they truly are a Pokénerds paradise and parents hell. The Pokégoods are pricey, but high-quality — I bought a Pikachu folder once that lasted a long while. They also had Pikachu pillows similar to one I got out of a UFO catcher, which is well…you can see the condition its currently in for yourself in the gallery. The ones at the Pokécenter were much softer and have overall higher quality.

I’m going to hold on to my yen for now. Though, when they make a Walugi X Mewtwo doll I’m all ears.