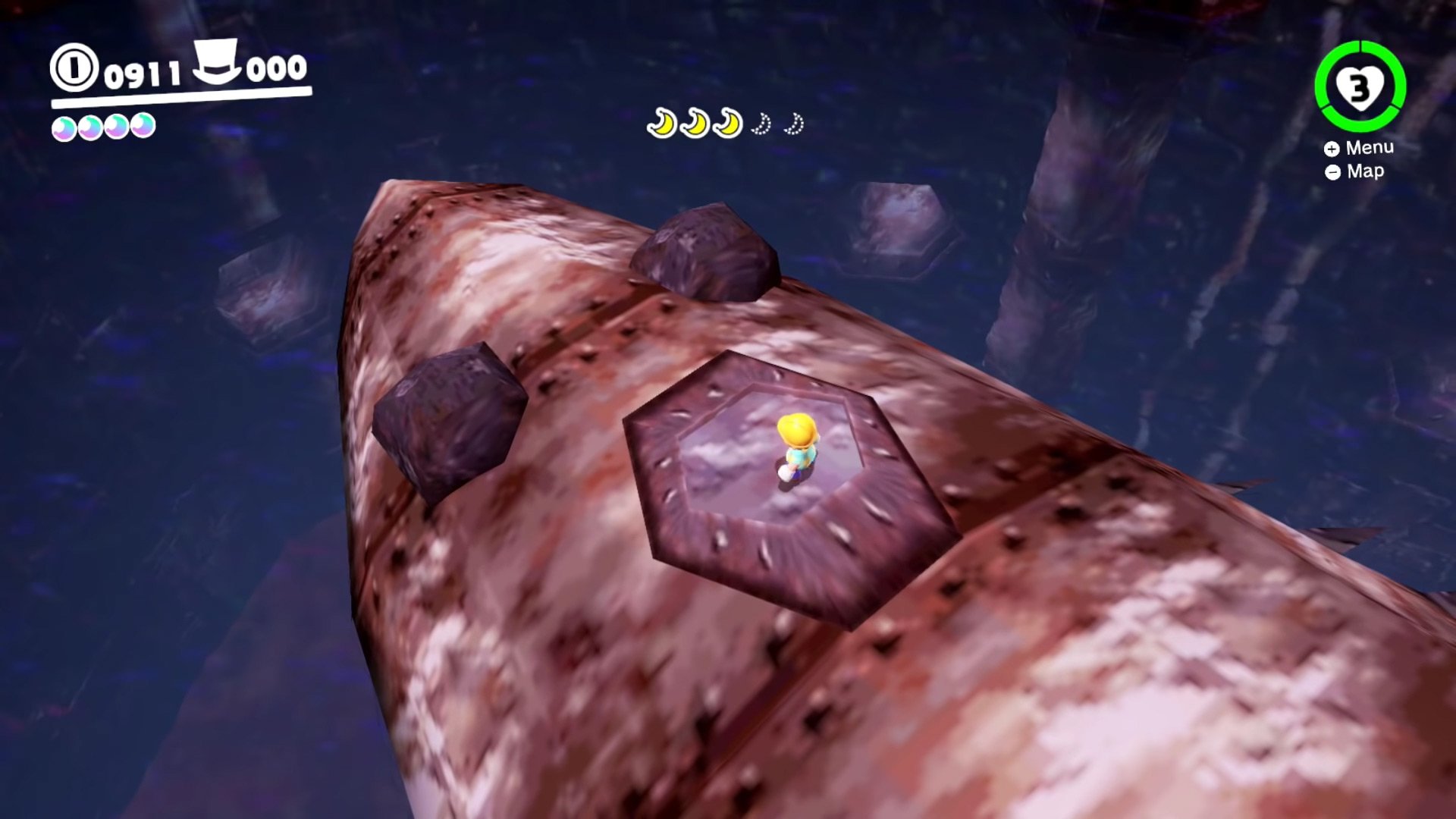 Modders are working their magic

An impressive modding scene has sprung up around Super Mario Odyssey, and even though most of us will never get to play fan-made levels for ourselves, it’s still fun to see them demoed. This week, I got a huge kick out of seeing the iconic Banjo-Kazooie level Clanker’s Cavern up and running in Odyssey.

The creator, ItzSka, has wonderfully “imported and repurposed” one of gaming’s most memorable water levels. It’s not just a static or soulless recreation, either. Along with assorted Jiggies and Jinjos to track down, Itzska added a timed platform challenge and some Cheep Cheeps to possess.

This run-through from YouTuber BeardBear is probably the closest I’ll ever come to the mod. I don’t have the patience or desire to tinker with my one and only Nintendo Switch, even if it means gaining the ability to play something as enticing and ambitious as new mod-enabled Mario Odyssey levels.

While Grunty’s “garbage grinder” might’ve once seemed like an odd fit for a Mario outing, the poor metal-plated fella doesn’t seem particularly out of place here. I mean, Odyssey goes to unexpected places (look no further than the Ruined Kingdom). Also, he’s no scarier than the dang eels.

With games like Crash Bandicoot and more recently Spyro making high-def comebacks, I can’t help thinking about what Rare’s beloved bear-and-bird duo could look like in a remaster. I consider the first Banjo-Kazooie not only one of my favorite platformers, but among my favorite games, period.

Just picture locations like Treasure Trove Cove, Click Clock Woods, and especially Gruntilda’s Lair all spruced up for 2019. Oh my goodness. I’d pay top dollar for a remastered duology in a heartbeat.