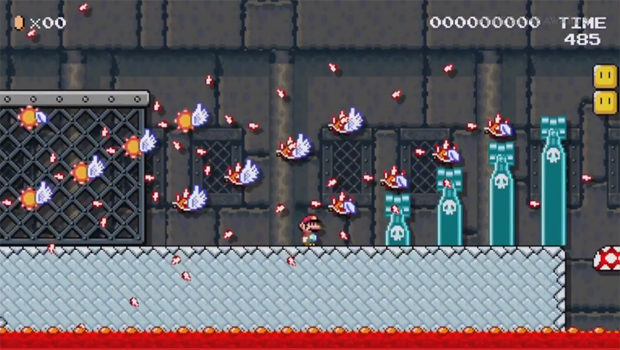 As shown at tonight’s Game Awards, Mario Maker is still in the works for a 2015 release and good lord does it look insane. Nintendo’s Shigeru Miyamoto introduced new footage of the Wii U title and several of the user-created levels looked like they had just escaped from hell.

Longtime Nintendo composer Koji Kondo, who opened the awards, will serve as composer and sound director on Mario Maker. I also hope it becomes a series, Miyamoto.