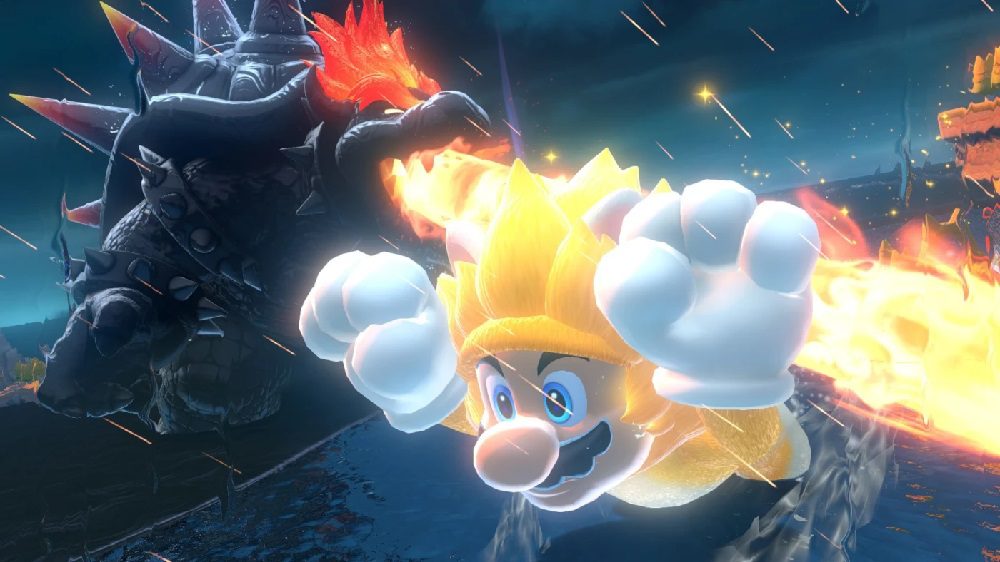 Bowser’s Fury celebrates one full month in the premier position

Nintendo Switch titles remain the most popular physical purchases in the UK’s gaming market, a trend that has seen the Japanese industry giant dominate the UK Charts for the first quarter of 2021. Leading the charge is the indelible Super Mario Bros. series, which has seen steady and persistent sales across its range of re-released Switch titles.

This past week saw Super Mario 3D World + Bowser’s Fury retain the number one spot for a fourth week running, making it a month on top for the Wii-U remaster. Social sim Animal Crossing: New Horizons sits at number three, having held a Top Ten position for almost an entire year. Mario Kart 8 Deluxe and Super Mario 3D All-Stars sit at number four and six respectively, while the Switch edition of Minecraft and exercise ’em up Ring Fit Adventure fill out the back end of the Top Ten.

Elsewhere in the Top Ten, Square Enix’ RPG Bravely Default II plummeted from number 11 to number 33, which is de rigueur for most non-Final Fantasy JRPGs, at least in regards to the UK’s physical sales. Sega’s Yakuza: Like a Dragon poked its head back into the chart scene at number 35, thanks to the release of the new PS5 port, while Atlus’ Persona 5 Strikers has already left the Top 40 entirely.