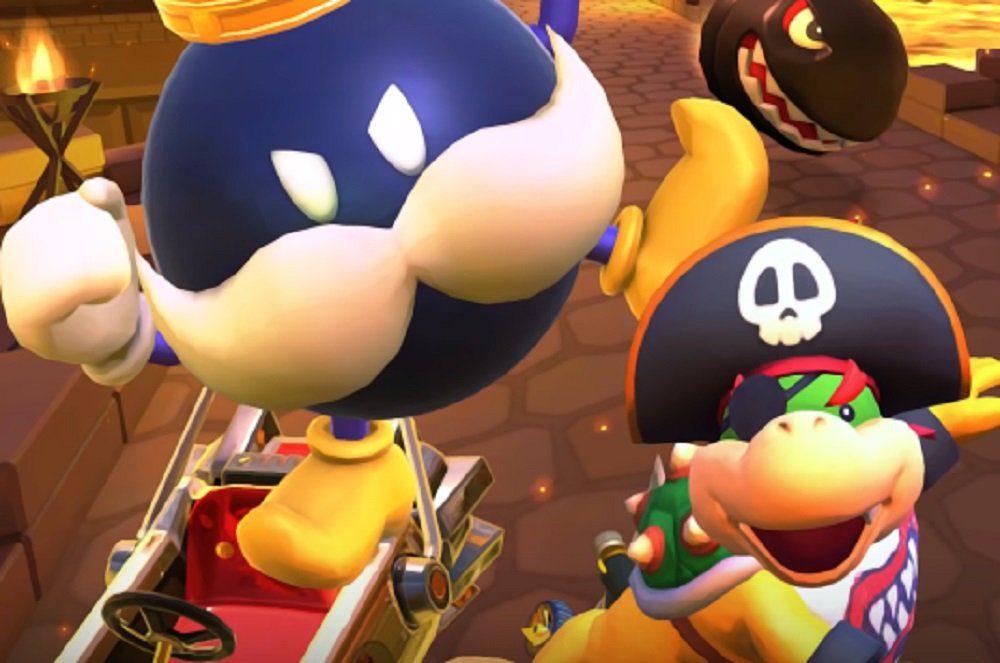 Better bring your pieces of eight

Nintendo has launched the next leg of its mobile racer, Mario Kart Tour. In keeping with the game’s complete abandonment of its initial “World Tour” concept, this latest event sees Mario, Peach, Toad and pals get back behind the wheel for the… erm… “Pirate Tour.”

The Pirate Tour brings with it two new playable characters: Super Mario 64’s King Bob-omb, and a pirate variant of Bowser Jr. – the latter of whom confirms his nautical credentials on account of his eyepatch. Also jamming up the gacha tubes over the next few weeks are a cool “Pirate Sushi Racer” kart and the Lightning Olipaper glider. Tour Gifts for this event include packs of rubies and the skeletal Dry Bones.

Airship Fortress from Mario Kart DS will serve as this tour’s trademark racecourse, no doubt due to its galleon-style design. Some players had been hoping that the new tour might bring about obscure characters such as Wario Land‘s amazing Captain Syrup – AN ACTUAL PIRATE. But yeah, Bowser Jr. in a jaunty hat… That’s just as good.