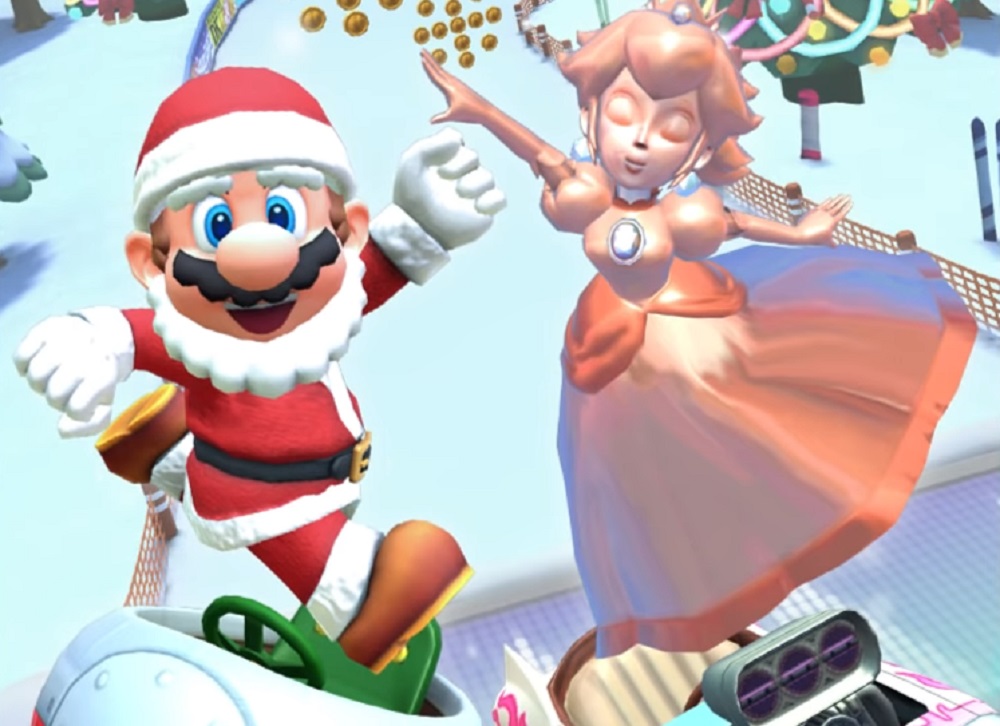 Gifts you have to grind for, that is

Snowy new course DK Pass has been added to the track circulation, while several other courses will be decorated in various festive items such as Christmas trees and lights. As I predicted, (because there was no way it wasn’t happening), a “Santa Mario” racer variant has been made available to win from the maligned pipe system.

Mario will be joined by two more new racers in the future – “Pink Gold Peach” on December 4 and “Black Shy Guy” on December 18. For those of you who are more about slick vehicles, a new selection of karts and gliders will also be made available. Finally, from a technical standpoint, the Mario Kart Tour controls have been tweaked slightly, making adjustments to steering and drifting dynamics.