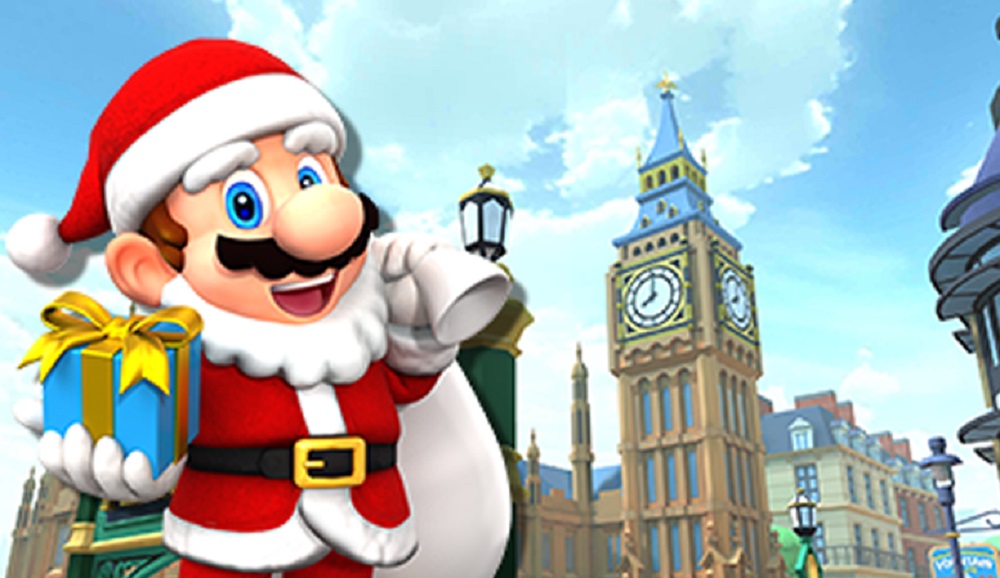 Don’t forget to drive on the left

Nintendo’s Mario Kart Tour, last spotted whizzing around the culture-soaked city of Paris, will be pulling into cold, rainy, bitterly-divided London for the next leg of its whistle-stop trek around the globe.

Coming to England at the worst possible time, the latest stage of Mario Kart Tour will bring with it a new circuit, along with two new drivers and the usual run of karts and gliders, all of which can be pulled from “The Pipe.” Nintendo is yet to reveal the identities of the characters joining the roster, but has revealed their silhouettes, which you can see in the tweet below. Who could that gangly fellow possibly be?

Meanwhile, Holiday-themed rewards – such as Santa Mario – will remain available to score up until December 31, so you can spend the month grinding instead of braving the cold and the Christmas shoppers. The London event will drop the green flag tomorrow, December 3 in North America, before arriving in Europe the following day.

Can’t wait to hear the latest on what’s coming up in #MarioKartTour? Then we have good news! Starting on 12/3 at 10pm PT, take a trip across the pond to London, the capital city of England! And get ready for two drivers to be added to the spotlight pipe! Who could it be? #MKT pic.twitter.com/y8s3qa8ULF

Mario’s next stop in Mario Kart Tour will be London