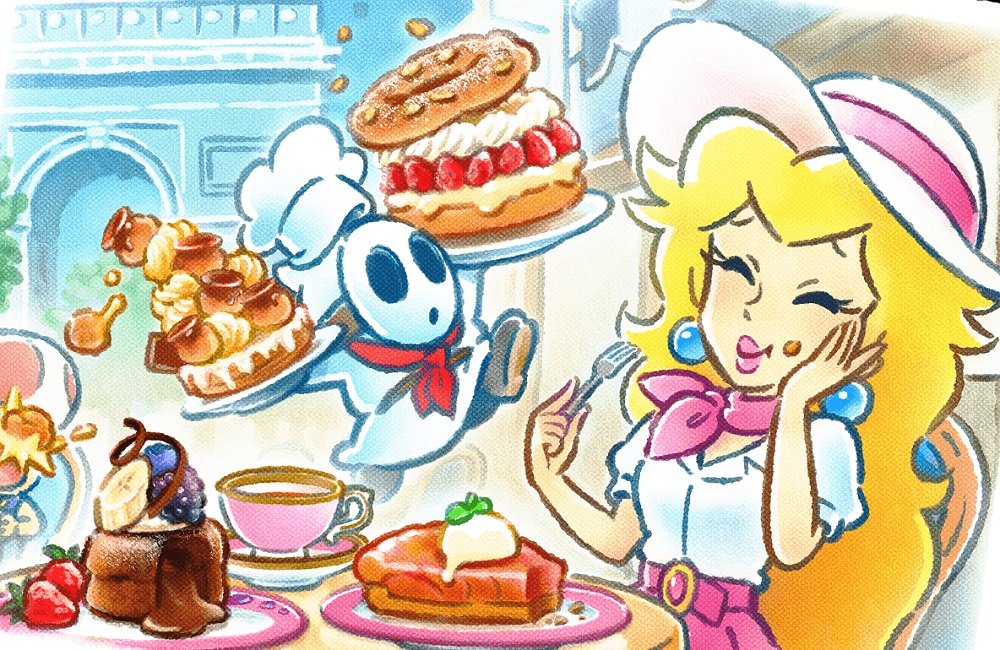 The pocket rally that is Nintendo’s Mario Kart Tour continues to travel the globe, having stopped off in New York City, Tokyo and, my favourite capital city, Halloween. Today sees Nintendo’s mobile racer come skidding into the romantic locale of Paris, France.

While in Paris, players can grind, and grind, and grind for the opportunity to bag themselves new characters Vacation Peach, Pit Crew Toad, and an admittedly amazing Pastry Chef Shy Guy. The food gimmick continues with a selection of new vehicles, including dessert-themed karts and gliders. There’s also a solid gold steam train. Sure, why not?

A new course, Paris Promenade, will see our roster of racers blazing a trail through the City of Lights, passing such landmarks as the Eiffel Tower and the Arc de Triomphe while they aim to complete a fresh run of in-game challenges. You can check out all of the above content in the trailer below. This leg of the tour will stop in Paris until November 19.