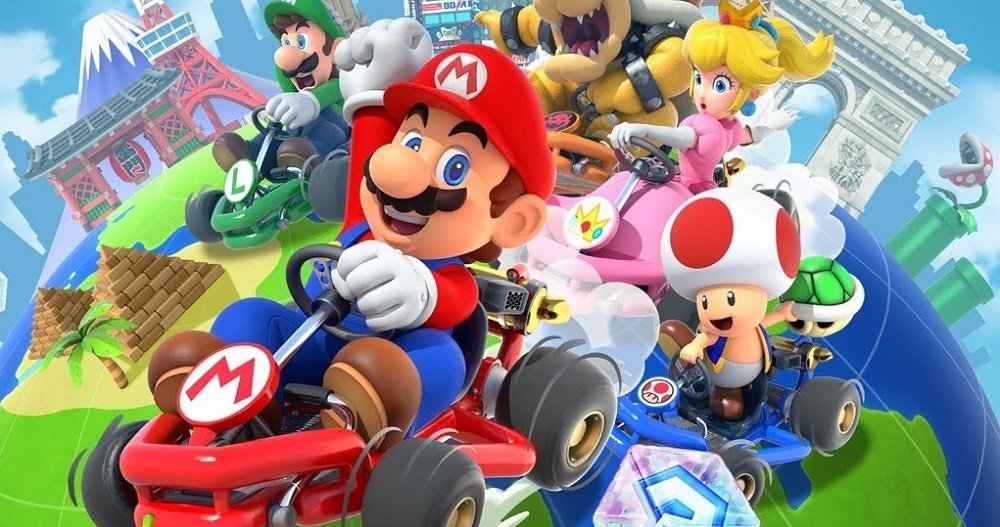 Anyone itching to get themselves on the starting grid for Nintendo’s Mario Kart Tour can now do so, as the handheld racer has gone live on iOS and Android devices. Players will need to download the game and set themselves up with a Nintendo account before they can hit the circuit.

The new title hopes to translate all of the high-speed, red-shell-hopping action from the legendary Mario Kart series to the small screen – albeit with much simplified controls and a point-scoring system. Mario Kart Tour features popular franchise characters such as Bowser, Peach and the Bros. themselves, and will include time-limited tracks and challenges over the coming weeks, months and, presumably, years. You can find out what out our CJ Andriessen thought of the recent closed beta right here.

Definitely of note is the sudden appearance of a “Gold Pass” option, a subscription to the game that will set you back around $5/£5 a month. Gold Pass players will gain access to the faster 200cc mode and will be able to unlock various in-game items and decals, though quite what these are for, and whether they’re worth a monthly payout, remains to be seen. The Gold Pass is currently free-for-all players for a two week trial period.