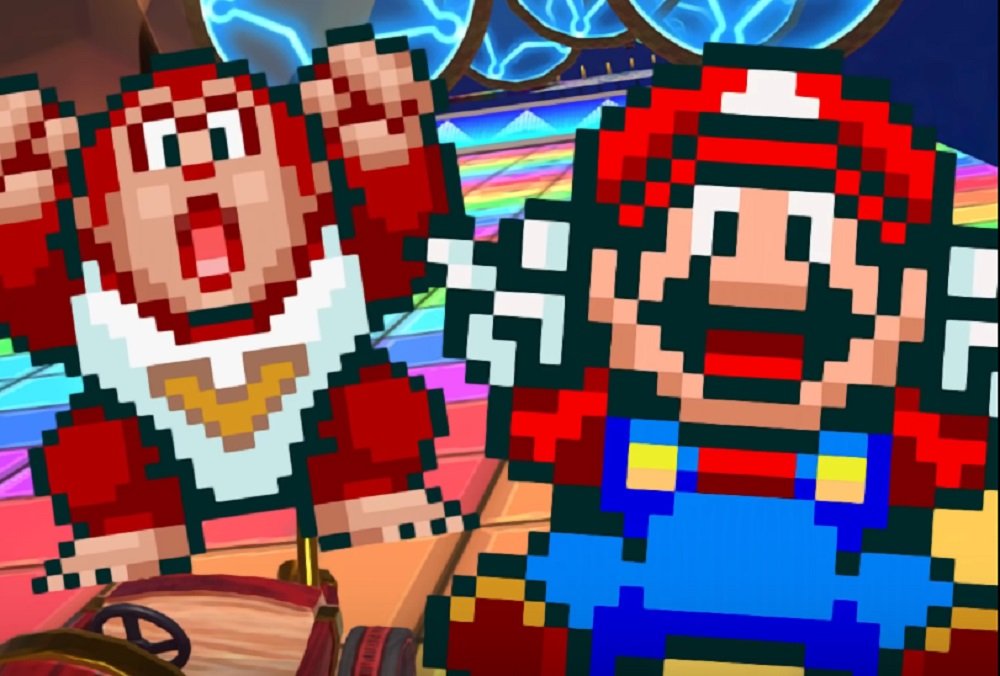 Mobile racer Mario Kart Tour is gearing up for its next in-game event, which this time around is an ironic reminder of far, far superior releases in Nintendo’s genre-defining series.

The Super Mario Kart Tour, now live in-game, adds two drivers to the mix in the form of Donkey Kong Jr. and Mario himself, but now stylised in their classic 16-bit forms. Also being added to the loot pipe are a new pixelated kart and glider. In addition, a special Super Mario Kart glider is also available to purchase from the in-game store. You can check out the new content – showcased on Rainbow Road RMX – in the trailer below.

According to Nintendo, the retro-styled karts “even move like the original,” so fans of the 1992 SNES classic will have ample opportunity to whiz around whilst sighing at what might have been. Tour Gifts for this event include packs of rubies and that delightful Super Mario Bros. 2 villain – Shy Guy.