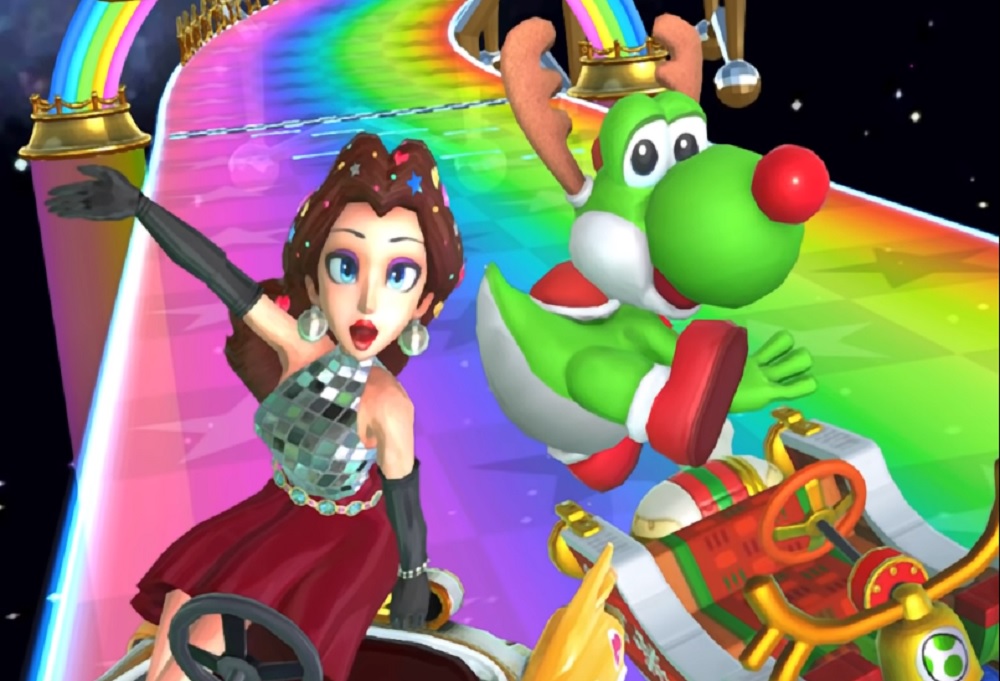 One too many eggnogs for New Donk City mayor

Nintendo continues to drop Holiday-themed content into its mobile racing title Mario Kart Tour, with new character variants, vehicles, gliders, and a new course all being added to the game to celebrate the spirit of grinding giving.

The Holiday tour, which is live in-game right now – adds a Rudolph variant of Yoshi to the roster of drivers, along with “Party Pauline”, who is dressed to the nines for her works ‘do, where she will no doubt act like she’s “just like” her employees, laughing along with their jokes, while making a mental note of who tried to upstage her so she can fire them in the new year. Finally, the amazing Birdo also joins the starting grid, driving a car bizarrely shaped like her own head.

Alongside the racers, Santa’s Sleigh and a 2020 glider are now in the mix as unlockable vehicles, while the migraine-inducing Rainbow Road enters the circulation of available raceways. Holiday Tour items – along with previous Holiday items such as Santa Mario – are available until December 31.